A SEPTEMBER TO REMEMBER?

A SEPTEMBER TO REMEMBER?

Welcome to September. With the S&P 500 Index flirting with new highs and the majority of the U.S. economic data consistent with growth seen during the second half of the economic cycle, this month is full of potentially influential market and economic events. From presidential debates, to leaked emails, to OPEC, to the Federal Reserve (Fed), to hurricane season — September has it all and more.

September is full of potentially influential market and economic events. Central bank meetings, presidential debates, and an emergency meeting for OPEC are some of the events we’ll be watching.

With so many important events ahead, it is important to be on top of what’s coming up on the calendar. Here is an overview of key September events. To help you, we’ve created this guide to the September market calendar, with a graphic on page 4 to track events.

AUGUST EMPLOYMENT REPORT We’ve captured all the key dates in a helpful infographic on page 4.

The most important piece of economic data for the month is already in the books and that was Friday’s August employment report. We would call it a goldilocks report, as the number was a little weaker than expected, at 151,000 jobs created last month versus that 180,000 that were expected, but the prior months were revised higher. The report likely eliminates an interest rate hike in September (more on that later), but keeps a December 2016 rate hike in play. Also, this is the sixth year in a row that the jobs created in August came in lower than expected, but be aware that the previous five times the number was revised higher in September.

GROUP OF 20 SUMMIT (G20) Thank you to Matthew Peterson for his contributions to this report.

China’s eastern city of Hangzhou hosted the G20 Summit over the weekend of September 4 – 5, 2016. This annual summit brings together the governments and central bank governors of 20 major economies. Chinese President Xi urged leaders from major economies to be an “action team” rather than a “talk shop.” The theme of the event this year was reviving global growth, but the consensus agreed that no concrete steps have really been taken yet to accomplish this, at least on the fiscal side. The other major takeaway was a potential agreement between Russia and Saudi Arabia to work together during the OPEC meeting later this month. There is no definitive agreement yet, but it does make an output freeze more likely, though even the real impact of such a freeze would be questionable.

EUROPEAN CENTRAL BANK (ECB) MEETING Relatively disappointing economic data across the Eurozone, along with continued uncertainty related to Brexit, put pressure on the ECB to do something. Yet, there is increasing evidence that negative interest rates may be making the situation worse, not better. At its last meeting on July 21, 2016, the ECB said that Brexit posed a risk to European recovery, but it was too soon to take action at that time.

PEAK HURRICANE SEASON With Hurricane Hermine becoming the first hurricane since Wilma (11 years ago) to reach the Florida coast, it is safe to say hurricane season has officially begun. Any significant damage from future hurricanes in the gulf area could hurt oil production and impact the price of crude oil and gasoline. This is obviously an unknown event, but it is often the unknowns that have the most impact, as the markets have not priced them in. We hope to have another relatively light hurricane season, but Hermine could be suggesting that won’t be the case this year.

The Fed is set to announce its latest decision on interest rates later this month. After the September meeting, it meets next on November 1 – 2, right before the U.S. presidential election, and we do not expect a rate hike that close to the election. In fact, going back to 1990, the Fed has raised rates only once within two months of a presidential election and that was in September 2004, making rate hikes right ahead of presidential elections rare. As John Canally has noted over the past month, our expectation is that the Fed will probably pass on a hike this month (and November) and enact one in December. The economic data would have

to be very strong for an increase this month. So far, we are not seeing that, with the August jobs number a little weak and manufacturing slowing down, as measured by the recent Institute of Supply Management (ISM) Purchasing Managers’ Index (PMI), which sank beneath 50 (suggesting contraction) for the first time since February 2016. In our view, these factors add up to no rate hike this month, but the meeting will include new Fed economic and rate path projections (the “dot plots”) and a Yellen press conference as well — both providing important early clues for what might happen in December.

BANK OF JAPAN (BOJ) MEETING Falling on the same two days as the Fed’s decision on interest rates, the BOJ will also be deciding what to do about rates. It’s tempting to cut and paste the comments on the ECB meeting; it would be largely accurate. At the last BOJ meeting on July 28, 2016, the BOJ expanded monetary policy, but in a much more limited way than expected. Since then, the Japanese government expanded fiscal policy, but also in way that disappointed. In our view, be on the lookout for the BOJ to expand purchases of bonds, stocks, and real estate securities later this month.

PRESIDENTIAL DEBATES The first of three scheduled presidential debates will take place on September 26 at Hofstra University in New York at 9 p.m. ET. The second debate is on October 9 in St. Louis, Missouri; and the final debate is on October 19 in Las Vegas, Nevada (please see page 4 for the full schedule). Besides being entertaining “must watch” TV, these debates could effectively end the presidential race or keep things going well into November. Will Donald Trump stick to his tough stance on building a wall? He likely has to — and in fact doubled down

WEC on that stance last week. The bigger question is whether he will waiver with his tough stance on immigration. With the Clinton Foundation under fire, Hillary Clinton will be asked if there really was a “pay to play” scheme. The Affordable Care Act and drug pricing will be another hot topic; along with whether she deleted emails from her server when the CIA started asking for information. Both candidates have some tough questions coming their way.

OPEC EMERGENCY MEETING OPEC (the Organization of Petroleum Exporting Countries) is having an emergency meeting outside of its normal semiannual schedule at the end of September. This will be the third meeting in which an output freeze will be discussed. The key players are Saudi Arabia, Iran, and Russia. Russia is not a member of OPEC, though OPEC is trying to get it to agree to a freeze, making Russia a de facto member of the cartel. One of the major stumbling blocks, Iran’s insistence that it be allowed to increase production to its pre-sanction level, has been removed. Iran has already made up most of this production gap. Given that Saudi Arabia, Russia, and many other countries are already pumping oil at near record levels that are unlikely to be sustainable, it’s hard to see why the market has been so focused on this. But the possibility of a freeze has boosted oil prices, at least temporarily.

AUSTRIAN PRESIDENTIAL ELECTIONS Typically, Austrian elections wouldn’t really make the list; however, the circumstances are unusual enough (and the early October date is close enough to other September activity) that it warrants a mention here. This election has brought to the surface great dissatisfaction not only with the policies of the European Union (EU), but with its very structure. One party is suggesting leaving the EU entirely. Regardless of the outcome, this 3

election is another destabilizing force for the EU, and for the euro. This political uncertainty is keeping us very wary of European equities. The election itself is literally a “do-over” from the second round of voting that occurred in July, the results of which were annulled after voting irregularities. What have historically been considered fringe parties are the only candidates, as more conventional parties were knocked out after the first round of voting that occurred in April. The parties are the Freedom Party, a far right party aligned with the National Front in France, and the Green Party. Opinion polls show Freedom Party candidate Norbert Hofer slightly ahead. Hofer has spoken admiringly of the Brexit vote, suggesting that Austria should also leave the European Union (EU) and should prohibit immigration. Green Party candidate Alexander Van der Bellen supports continued membership in the EU. Van der Bellen is leading in the cities and amongst more educated voters; Hofer is leading in rural areas and with working class voters. Sound familiar?

WILD CARD: EMAIL LEAKS A wild card could be another likely WikiLeaks release of the emails from Clinton’s private server or emails from other high ranking Democrats. The WikiLeaks email release in July led to Democratic National Committee (DNC) Chairwoman Debbie Wasserman Schultz losing her job, so many are on high alert as to what could happen next. WikiLeaks founder Julian Assange has said he has “thousands of pages of material” on Clinton and he intends to release it before the election. Although the likely time for the email release could be October, some could come out before the first debate.

CONCLUSION September is an important month for global events. Buckle your seatbelts, as any one of these events could be market moving; but with so many events packed into one month, the odds of another slow moving month like August are very slim.  n

IMPORTANT DISCLOSURES The opinions voiced in this material are for general information only and are not intended to provide or be construed as providing specific investment advice or recommendations for your clients. All performance referenced is historical and is no guarantee of future results. Any economic forecasts set forth in the presentation may not develop as predicted and there can be no guarantee that strategies promoted will be successful. Investing in stock includes numerous specific risks including: the fluctuation of dividend, loss of principal and potential illiquidity of the investment in a falling market.

INDEX DESCRIPTIONS The S&P 500 Index is a capitalization-weighted index of 500 stocks designed to measure performance of the broad domestic economy through changes in the aggregate market value of 500 stocks representing all major industries.

This research material has been prepared by LPL Financial LLC. To the extent you are receiving investment advice from a separately registered independent investment advisor, please note that LPL Financial LLC is not an affiliate of and makes no representation with respect to such entity. Not FDIC or NCUA/NCUSIF Insured | No Bank or Credit Union Guarantee | May Lose Value | Not Guaranteed by Any Government Agency | Not a Bank/Credit Union Deposit

END_OF_DOCUMENT_TOKEN_TO_BE_REPLACED

A Holiday to Remember

END_OF_DOCUMENT_TOKEN_TO_BE_REPLACED

a trek to remember vietnam

END_OF_DOCUMENT_TOKEN_TO_BE_REPLACED

A Gift to Remember Kassie

END_OF_DOCUMENT_TOKEN_TO_BE_REPLACED 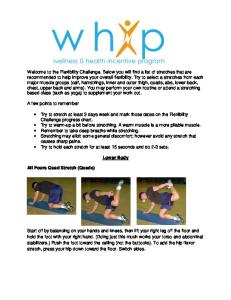 A few points to remember

END_OF_DOCUMENT_TOKEN_TO_BE_REPLACED

A Christmas to Remember. Contents

END_OF_DOCUMENT_TOKEN_TO_BE_REPLACED 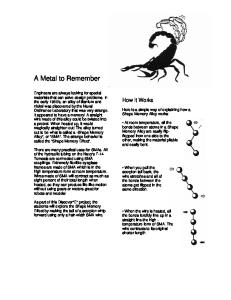 A Metal to Remember. How it Works

END_OF_DOCUMENT_TOKEN_TO_BE_REPLACED

The Shenandoah a day to remember!

END_OF_DOCUMENT_TOKEN_TO_BE_REPLACED

distillate the A Year to Remember

END_OF_DOCUMENT_TOKEN_TO_BE_REPLACED

An evening to remember

END_OF_DOCUMENT_TOKEN_TO_BE_REPLACED

An Anniversary to Remember

END_OF_DOCUMENT_TOKEN_TO_BE_REPLACED

AN AFFAIR TO REMEMBER

END_OF_DOCUMENT_TOKEN_TO_BE_REPLACED 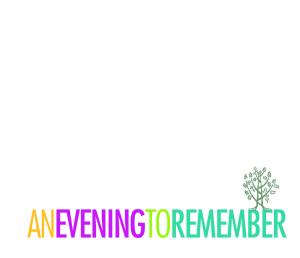 AN EVENING TO REMEMBER

END_OF_DOCUMENT_TOKEN_TO_BE_REPLACED

Checklist to remember on photoshoot

END_OF_DOCUMENT_TOKEN_TO_BE_REPLACED 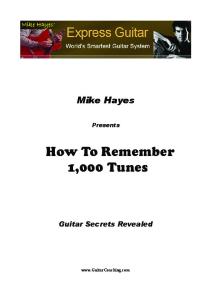