Surviving a Loved One s Suicide

Surviving a Loved One’s Suicide “Why couldn’t I have done something to prevent this? How do you express an ache that reaches to the depth of your soul...
Author: Meagan Chapman
0 downloads 0 Views 47KB Size
Report
Download PDF

Surviving a Loved One’s Suicide “Why couldn’t I have done something to prevent this? How do you express an ache that reaches to the depth of your soul?” — Louise, whose 27-year old son committed suicide

Survivors of Suicide A suicide survivor is the parent, spouse, child, sibling or loved one of one who has committed suicide. They are the ones “left behind” — survivors of a tragedy they may not have foreseen but for which they often feel responsible. Their way to peace is long and painful. It is a situation that occurs far too frequently. • Suicide takes the lives of more than 30,000 Americans every year. • Suicide kills more people than homicide. • Suicide is the eighth leading cause of death for all Americans, and the third leading cause of death for young people aged 15 to 24. Experts generally agree that people who take or attempt to take their own lives feel trapped by hurt and hopelessness. Whatever the reality or support available, they feel isolated from family and friends, from life itself. In short, death seems to be their only option. “He or she probably wasn’t choosing death as much as choosing to end unbearable pain,” writes John Hewitt in After Suicide. Christine Smith, whose son Trevor killed himself, says, “There are many reasons that add up to an unfortunate mix of crisis and opportunity.” The Lord is near to the brokenhearted, and saves the crushed in spirit. Psalm 34:18

Depression: Often First Warning According to Survivors of Loved Ones’ Suicides (SOLAS), a survivor support group, the majority of suicides are the result of untreated depression or other mental illness. Says one survivor, “My son suffered from undiagnosed depression that he hid well from those who could best help him.” Not everyone who is depressed considers or attempts suicide. But there are components of depression in almost every suicide. Recognizing depression as a biochemical imbalance in the brain, not a moral weakness or punishment, is vital. The key lies in diagnosis, treatment, and prevention of recurrence. At 15, Joshua Burton was diagnosed with clinical depression and treated, but the symptoms returned. Sitting on the floor of his parents’ barn with their .22-caliber hunting rifle in his mouth, he prayed. “I must have sat there an hour,” says Joshua. Fortunately, he got intensive help. Soon, Joshua realized “everything wasn’t as bad as I thought. Things were actually good.” One survivor advises, “take all cries for help seriously. Silence kills.”

Reaching Out is Crucial The grief that survivors experience, while extremely painful and individual, does not have to be endured alone. La Rita Archibald, founder of HEARTBEAT, a survivor network, believes that “It is comforting to know what helped others who have experienced this anguish,” including those who themselves have attempted suicide. After her son’s suicide, Darlene Emme and a friend printed small cards with the message “Ask For Help.” They put them in a basket at her son’s funeral; all were taken. Today, Emme’s idea is an international effort. The Light for Life Foundation of America educates youth on suicide prevention, encouraging them to choose life. Blessed are those who mourn, for they will be comforted. Matthew 5:4

Help for the Holidays The powerful emotions of the grieving process are magnified during the holiday season. It’s a time when memories of missing loved ones are especially painful. Give yourself permission to grieve. Prepare for the onslaught of emotions that is likely to come. Focus less on others’ expectations and more on what will help you get through the holidays your way. Keep company with supportive people. Accept the love others offer. In turn, give whatever you can to those who reach out to you. In giving, you will also receive. We serve a loving, comforting God and there is great healing in His community and in prayer.

When the Worst Has Happened When a loved one commits suicide, most survivors admit that there is little anyone can say to provide comfort. Yet, connecting with someone usually leads to greater peace. This is also true for those who have attempted suicide themselves. When one woman lost her father to suicide, her church’s assurance that God would look upon her father with compassion helped her cope. Hope for Bereaved, a Syracuse, New York, suicide survivor group says communication is crucial for families dealing with the loss of a loved one. The key is in respecting each person’s individual way of handling grief. Families can also get therapy or grief counseling…help other family members by allowing grieving space… pray for peace and healing.

Suggestions for Survivors Whether you are the survivor of another’s suicide or have tried to end your own life, consider these suggestions from a survivor support group: TALK…Express your pain. FEEL…Don’t suppress or postpone grief. LISTEN…Consider friends’ suggestions. GRIEVE…It’s okay. No scale can measure your pain. CRY…Tears can relieve the brute force of hurting and lead to healing. HEAL…You are learning acceptance. It is not a lack of love or remembrance. LAUGH…Laughter is not a sign of less grief or less caring. You know your loved one would want you to laugh again. In her book, Suicide and its Aftermath, Iris Bolton writes that although those left behind after a suicide may not believe it possible to survive, they can. Consider her insights: • Anger, guilt, and forgetfulness are common. You are not crazy, you are in mourning. • Forgiveness can help alleviate guilt. • Take one moment or one day at a time. • Remember, no one is the sole influence in another’s life. The brother of a suicide victim says, “Every time I feel guilty, I remember this was something my brother chose to do. It hurts, but it was his decision. Acknowledging this helps me feel less responsible.” Trust in the Lord with all your heart, and do not rely on your own insight. In all your ways acknowledge Him, and He will make straight your paths. Proverbs 3:5-6

Helping a Suicide Survivor Heal Whether because of fear or misunderstanding, survivors of deaths by suicide often feel abandoned at a time when unconditional support is desperately needed. You can help a survivor by: • Respecting the survivor’s need to grieve. • Accepting the intensity, complexity and duration of the grief. • Breaking down silence. A survivor’s feelings and thoughts may be frightening to acknowledge, but just being there can help. • Listening without judgment. • Showing compassion. While you may not know exactly how the survivor feels, you can still offer empathy.

Suicide Warning Signs Suicide can happen to young and old, rich and poor. Fortunately, there are warning signs which, when acted upon, can save lives. A person might be contemplating suicide if he or she: • Breaks off relationships, drops out of activities or suddenly gives away possessions. • Exhibits signs of depression. • Talks about committing suicide. • Has attempted suicide before. • Has had recent severe losses. • Increases use of alcohol or drugs. • Obtains a weapon.

If you or someone you know is threatening or considering suicide, immediately contact a suicide hotline (see below); a doctor, mental health professional, hospital or house of worship. For someone on the verge of suicide, no action is too drastic or too quick. “Just talking to another person can offer a temporary reprieve from the pain and tilt your perspective,” says Melody Clark, host of a suicide support Web site and survivor of her own attempted suicide.

Reaching Peace… …through Faith Msgr. M. Francis Mannion, theological advisor for the Diocese of Salt Lake City, advises “Trust in God’s mercy. If you saw something lovable in that person, surely God sees so much more.” When Suzy Ryan’s younger brother Bart killed himself, she knew the shame and guilt common to many survivors. “I felt I could have done something to prevent this catastrophe,” she says. Through a Bible study fellowship she “began to experience God’s love in a new and powerful way. Through the Scripture, God’s promises became balm to my broken heart.” Louise Wirick of Texas focuses on her son Rob’s life, not his suicide, to foster hope. “I celebrate his birth date and not…his death date,” she says. Her deep belief that “God loves my son and that my son waits for us in heaven” keeps her positive.

… through Action “When my father died, I was a victim of suicide too,” says Christine Haves. “Today, I have made an active decision to do more than survive…I live.” Wrenched by suicides among its young, the citizens of Pierre, South Dakota, took action. Suicide intervention classes are now available to help people interpret warning signs. “It’s just awesome how the community just pulled together,” says Terri White, whose son Kenny shot himself at age 15. Linda Flatt of Nevada, survived her son’s suicide by facilitating a bereavement group. She joined forces with SPAN (Suicide Prevention Advocacy Network) and works to help develop prevention strategies nationwide. “With God’s help and the support of a loving family and friends, I am once again whole,” she says. “Though forever changed by a suicide death, I have survived — and am stronger than ever before.” Approach the throne of grace with boldness, so that we may receive mercy and find grace to help in time of need. Hebrews 4:16

Steps to Prevention If someone you know is considering suicide, take action now. An encounter with a suicidal person is a difficult emotional experience, but showing that you care is the most important thing you can do. • When someone talks about suicide, immediately tell someone who can help. • Reassure the person and listen without interruption. • Don’t leave the person alone. Direct the person to local suicide hotline phone numbers and urge him or her to call. • Encourage the individual to seek counseling. • Discuss a concrete plan of action, e.g., if the person is being abused, consider options for help and support. • Part of a person wants to live. Find it and build on it.

• Support suicide survivors and suicide prevention. If you are the one thinking about suicide, remember, there is hope and help. Reach out to someone you trust, a professional or a hotline. Now.

Getting Help If you or someone you know needs immediate help, call 411 or ‘O’ for the operator and ask for a local suicide or crisis intervention hotline, or call 1-800-SUICIDE. The following Web sites offer information: www.cdc.gov/safeusa/suicide.htm www.afsp.org www.suicidology.org www.suicidehotlines.com

END_OF_DOCUMENT_TOKEN_TO_BE_REPLACED

Talking With Children about a Loved One s Cancer

END_OF_DOCUMENT_TOKEN_TO_BE_REPLACED

CELEBRATE THE LIFE OF A LOVED ONE!

END_OF_DOCUMENT_TOKEN_TO_BE_REPLACED

Activities with Your Loved One

END_OF_DOCUMENT_TOKEN_TO_BE_REPLACED

QUESTIONS & ANSWERS. about. Hospice FOR YOU OR A LOVED ONE

END_OF_DOCUMENT_TOKEN_TO_BE_REPLACED

The loss of a loved one to death is

END_OF_DOCUMENT_TOKEN_TO_BE_REPLACED

LOSING A LOVED ONE GETTING THINGS IN ORDER

END_OF_DOCUMENT_TOKEN_TO_BE_REPLACED 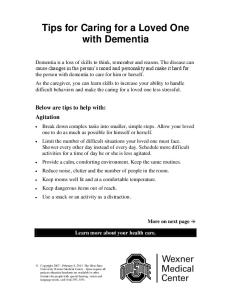 Tips for Caring for a Loved One with Dementia

END_OF_DOCUMENT_TOKEN_TO_BE_REPLACED

Are You Grieving The Loss Of A Loved One?

END_OF_DOCUMENT_TOKEN_TO_BE_REPLACED

Facing The Tragic Death Of A Loved One

END_OF_DOCUMENT_TOKEN_TO_BE_REPLACED

What to Do When a Loved One Dies

END_OF_DOCUMENT_TOKEN_TO_BE_REPLACED 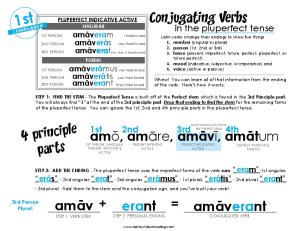 END_OF_DOCUMENT_TOKEN_TO_BE_REPLACED

Among Friends. A Caregiver s Summer. Helping Your Loved One Find Forgiveness and Peace

END_OF_DOCUMENT_TOKEN_TO_BE_REPLACED

THE SS FLEET TODAY SURVIVING FOR ONE HUNDRED YEARS

END_OF_DOCUMENT_TOKEN_TO_BE_REPLACED

The death of a loved one initiates a grieving process even

END_OF_DOCUMENT_TOKEN_TO_BE_REPLACED

Surviving the Fed s next move