Having Your Cake and Painting It, Too

Having Your Cake and Painting It, Too Susan Landauer F or years the laughable axiom that humorous art should not be taken seriously could be heard in...
Author: Britney Kerrie Welch
0 downloads 0 Views 3MB Size
Report
Download PDF

Having Your Cake and Painting It, Too Susan Landauer

F or years the laughable axiom that humorous art should not be taken seriously could be heard in art circles. "Light" does not illuminate. It was comic art's uneasy relationship to entertainment that kept it a minor tributary of the mainstream. As critic Michael Kimmelman put it, the "no pain, no gain philosophy"- that "pleasure is O.K. only if it's clearly subordinated to instruction"- has been a fundamental credo until relatively recently. 1 Although humor can be found as far back as the frolicking nymphs and satyrs of Athenian black-figure pottery, the best-known practitioners (Cruikshank, Daumier, and Hogarth, to name a few) remained within the precincts of illustration and cartooning. The anarchic spirit of humor appealed to early modernists such as Picasso, Miro, and Klee, but only Duchamp made it central to his oeuvre, and even then his approach was so subtle and confounding that he easily passed the high-art sobriety test. In the past couple of decades, of course, all of this has changed. The postmodernist breakdown of high and low has made clowning respectable, as the careers of Keith Haring, Jeff Koons, Kenny Scharf, William Wegman, and countless others attest. But comedy has long been a staple- even a defining characteristic- of the San Francisco Bay Area. Ever since Clay Spohn painted his wacky Rube-Goldberg War Machines in the 1940s, Bay Area artists have had a special penchant for humorous art, from the childlike playfulness of Joan Brown to the biting social satire of Robert Colescott. As with so much that has been recognized as significant in Bay Area art, the crucible for this development was the California School of Fine Arts, now the San Francisco Art Institute (SFAI) on Chestnut Street in San Francisco. During the heyday of Abstract Expressionism in the late 1940s and early 1950s, artists such as Hassel

Smith, Elmer Bischoff, and James Kelly reacted against the stifling seriousness of Clyfford Still, the movement's local eminence grise, with a whimsical abstraction that had no counterpart in New York. Smith's tongue-in-cheek Alone with the Killer ( 1948) (a parody of a Still painting) and Kelly's Desi9n for an Army Blanket (1952)- complete with leopard-spotted frame and protruding rubber glove- exemplify the subversive humor that would soon fuel the Bay Area's Funk movement. 2 Clay Spohn, another teacher at SFAI, also provided comic relief from the high moral tone of Still with his Dada-inspired assemblages such as Mouse Seeds (composed of mildewed grains of rice in a bottle) and Bedroom FI'!ff (dust balls collected from under a bed). Paradoxically, while these artists appeared to be committing blasphemies against the art Still represented, they remained steadfastly loyal to Still's own iconoclastic, anti -establishment ethos. It is doubtful, in fact, that humorous figuration would have flourished were it not for Still's powerful influence on the core philosophy of Bay Area art. More than any other Abstract Expressionist, East or West, Still repudiated the trendsetters and tastemakers of the art world. In Still's view, critics were "verminous" scribblers, galleries "brothels," and the Museum of Modern Art a "gas chamber." 3 This was far from empty invective, for in the late 1950s, Still permanently severed all ties with commercial galleries, never again entering into relations with the art market. While teaching at SFAI from 1946 to 1950, Still had encouraged the students and faculty to thumb their noses at New York's art establishment and to follow their own stylistic inclinations. By the time David Park, Richard Diebenkorn, and Elmer Bischoff betrayed Abstract Expressionism by "defecting" to figuration in the early 1950s, they had thoroughly imbibed Still's attitudes. In this regard it is significant that David Park, the leader of the Bay Area figurative movement and a pioneer of humorous figuration, was a great debunker of high-flown New York theoreticians, and regarded aesthetic categories of any kind with suspicion. His oft-repeated remark that "concepts of progress in painting are rather foolish" was greeted with much delight in the Bay Area. 4 It was just this attitude that allowed Park to fly so flagrantly in the solemn face of Greenbergian formalism with paintings such as Cousin Emily and Pet Pet (1953; fig. 1) and Cocktail Party (1952; fig. 2), caricatures of pretentious San Francisco society. By contrast, his initial companions in figuration, Elmer Bischoff and Richard Diebenkorn, maintained

a high-modernist anathema towards narrative that precluded such folksy humor. On rare occasions Diebenkorn allowed a sly piece of wit to secret its way into his work, as in Landscape with Figure ( 19 5 6; fig. 3), in which the "figure" is really a playing-card club masquerading as a tree. Privately, however, both Diebenkorn and Bischoff found an outlet for their irreverence in drawings that reveled in absurd and sometimes bawdy subject matter (see fig. 4). One Thanksgiving drawing session reportedly had as its assignment "pornographic turkeys." Joan Brown, a student of Bischoff and Diebenkorn and secondgeneration member of the Bay Area figurative clan, seems to have picked up where Park left off in her exploration of humorous narrative. Brown, like Park, developed a healthy disdain for theory-laden formalism. Like Park, she "got a wallop" out of doing what she saw as really 'innocent' business," 5 taking "perverse pleasure" that her figures were "kind of corny."6 Works such as Untitled (Noel and Bob the Dog) ( 1964) and Portrait efBobfor Bingo (1960; fig. 5)- light-hearted yet deeply personal paintings depicting her little boy and pet dog- were miles apart from the purist abstraction and Pop Art then dominating New York. Brown's irreverent, self-sufficient attitude typified the Bay Area artists who turned to humorous figuration in the 1950s. Many of them, notably Peter Saul, William T. Wiley, and Roy De Forest, had been students at the San Francisco Art Institute, where they gave Abstract Expressionism a try before finding it too sanctimonious and ultimately too doctrinaire for their taste. De Forest came under Hassel Smith's subversive influence as early as 1952, attending his raucous evening "lectures" at the so-called school Smith ran in his Potrero Hill attic on Kansas Street. 7 De Forest's paintings of the time announced their spoofing intent with titles such as The Pattering ef Little Feet among the Geraniums (ca. 1954). Wiley's brief flirtation with abstraction ended almost as soon as it began. As he later remarked, the movement was "revolutionary in its way, but it soon became a heavy moral trip .... If you drew a line it had to be grounded in God's tongue or the core of the earth to justify putting it there."s By the early 1960s, artists on both coasts were questioning Abstract Expressionism's authenticity, but in radically different ways. Bay Area artists generally rejected Pop Art's slick surfaces and appropriation of commercial imagery, preferring

much more personal, idiosyncratic forms of expression. Many of them (including Brown, De Forest, Wiley, and David Gilhooly) recognized no aesthetic boundaries whatsoever, moving from one day to the next between assemblage and figuration. One of the traits that held them together, as Peter Selz recognized in his landmark Funk exhibition of 1967, was their sense of humor. As he commented in his catalogue, the Bay Area artists "know too well that a fraudulent morality is a fact of their world, and they have no illusions that they can change it. If these artists express anything at all, it's senselessness, absurdity, and fun."9 In keeping with this spirit of the absurd it is appropriate that the place where humorous figurative art flourished most vigorously was the unlikely outpost of the University of California, Davis, a sleepy campus town in the Sacramento Valley, about 70 miles northeast of San Francisco. Formerly a center for agriculture and home economics studies, by the mid-1960s Davis boasted an art department with a faculty that included such leading lights of California art as Robert Arneson, Roy De Forest, Manuel Neri, Wayne Thiebaud, and William T. Wiley. The program was soon energized by a group of unusually talented and adventurous students, notably Robert Brady, Deborah Butterfield, David Gilhooly, Bruce Nauman, Richard Shaw, and Peter VandenBerge. This mix of extraordinary students and teachers led to one of the most important chapters of Northern California's art history. Arneson later reflected that it was the very lack of tradition at Davis that was responsible for its success, since it gave the artists free reign to follow their personal whims. It was his view that "there is no academic hierarchy here, no worshipful oldtimers whose word was the law." 10 Asked whether he could identify a single style, Arneson responded, "I honestly can't recall one, except that we were always interested in contrariness." 11 Although their aesthetics may have differed radically, most of the Davis artists were engaged in exploring humorous narrative, whether in clay sculpture or representational painting. In the early 1970s, many of them exhibited under the banner "Nut art,'' a designation conceived by De Forest and the poet David Zack as an alternative to "Funk." 12 If these artists shared a single imperative, it was bucking the mainstream, a luxury that the remoteness of Davis certainly allowed.

As Gilhooly put it, "We knew about Oldenburg and H. C. Westermann, but in Davis it was really just us ." 13 Interestingly, their primary contact outside of their circle was with the artists of Chicago's satirical Hairy Who and Monster Roster, some of whom, like Jim Nutt and Gladys Nilsson, found the area so compatible that they joined the faculty of Sacramento State in 1968. 14 On the whole, however, the Davis artists r etained their own distinctive playful humor, which differed markedly from the Chicago school's Fig. 6. William T. Wiley, scatological wit and obsession with physical and psychological pain. 15 All the Kin9's Horses, 1998 ; acrylic paint on canvas, 6 1 x 70 I I 4 One of the first artists on the faculty was William T. Wiley, who arrived inches; Courtesy of Locks Gallery, shortly after receiving his master's degree from SFAI in 1962 . Wiley became a Philadelphia, PA. © William national symbol of Northern California 's eccentricity after The New York Times critic Wiley/VAGA, New York, NY. Photo: Cesar Rubio Hilton Kramer coined the term "Dude Ranch Dada" to describe his work- an improbable blend of Duchampian punning, Zen Buddhism, Western Americana, and a mythology entirely his own. 16 Wiley has never cleaved to a single aesthetic line, alternating freely between painting and funky assemblage. What holds his work .•. -.·· 0-. ..... ':. together is his quirky wit, which is often difficult to IP' .( · ·- -· "4!/ decipher. Wiley thrives on a range of subtle wordgames in the form of riddles, in-jokes, diaristic , ,, ' references, double-entendres, and sometime triple' , '" ,. "' , , , .. .,.;: ' 1' ·. . entendres, as exemplified in paintings such as All the Kina's Horses ( 1998; fig 6) or Modern Ark- After Brue9hel (1995; fig. 7), which revamps the 16th-century painter's Battle Between Carnival and Lent, turning it into a contemporary political contest with slogans like "Nude Grin Rich" and "Rash Limbo." ·.-'· ~

END_OF_DOCUMENT_TOKEN_TO_BE_REPLACED

1 Choice: More Than Wanting to Have Your Cake and Eat It Too

END_OF_DOCUMENT_TOKEN_TO_BE_REPLACED

HAVE YOUR GARDEN AND EAT IT TOO

END_OF_DOCUMENT_TOKEN_TO_BE_REPLACED

Cakes. because we believe you should have your cake & eat it too. Disney

END_OF_DOCUMENT_TOKEN_TO_BE_REPLACED

The Effect of Having Too Much Choice

END_OF_DOCUMENT_TOKEN_TO_BE_REPLACED

Can you have it, without having it?

END_OF_DOCUMENT_TOKEN_TO_BE_REPLACED

PowerPoint and POGIL. Having it both ways

END_OF_DOCUMENT_TOKEN_TO_BE_REPLACED 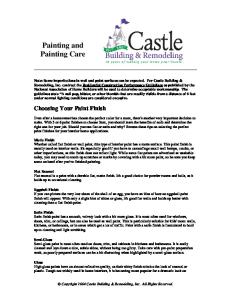 END_OF_DOCUMENT_TOKEN_TO_BE_REPLACED

The Estate and Gift Tax Implications of Self-Settled Domestic Asset Protection Trusts: Can You Really Have Your Cake and Eat It Too?

END_OF_DOCUMENT_TOKEN_TO_BE_REPLACED 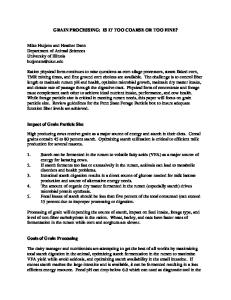 GRAIN PROCESSING: IS IT TOO COARSE OR TOO FINE?

END_OF_DOCUMENT_TOKEN_TO_BE_REPLACED 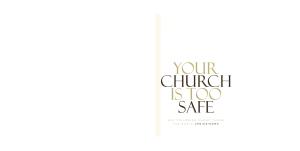 YOUR CHURCH IS TOO safe

END_OF_DOCUMENT_TOKEN_TO_BE_REPLACED Too Little and Too Late

END_OF_DOCUMENT_TOKEN_TO_BE_REPLACED

Living on the Fat of the Land: How to Have Your Burger and Sue It Too

END_OF_DOCUMENT_TOKEN_TO_BE_REPLACED

Trading off or having it all?

END_OF_DOCUMENT_TOKEN_TO_BE_REPLACED

Your guide to having Lumpectomy surgery

END_OF_DOCUMENT_TOKEN_TO_BE_REPLACED

RASPBERRY PI 2 The $35 PC reinvented. You really can have your cake & eat it

END_OF_DOCUMENT_TOKEN_TO_BE_REPLACED

Having your baby at Emerson Hospital

END_OF_DOCUMENT_TOKEN_TO_BE_REPLACED

'HAVING GIRDED YOUR LOINS WITH TRUTH...'

END_OF_DOCUMENT_TOKEN_TO_BE_REPLACED 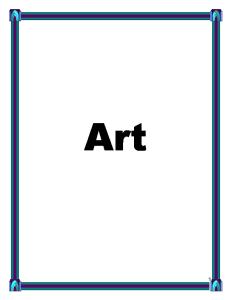