Dyslexia by any other name

Dyslexia by any other name... There is much good sense in what Professors Elliot and Grigorenko have to say about children’s difficulties in learning...
Author: Roderick Matthews
0 downloads 0 Views 340KB Size
Report
Download PDF

Dyslexia by any other name...

There is much good sense in what Professors Elliot and Grigorenko have to say about children’s difficulties in learning to read in their book, ‘the Dyslexia Debate’. For example, according to his Sunday Times (April 19th) interview on the book, Professor Elliot takes the view that: ‘The only method backed by the scientific literature is intensive phonics teaching of the same kind given to all children in Britain learning to read, but carefully structured and paced to suit the level of reading difficulty. Small groups are best (there’s no evidence that one-to-one is better) and those with severe problems need highly qualified specialist teachers. A small chunk of phonics every day works best, though the literature doesn’t say how much.’ While it is arguable how far and how well ‘all children in Britain’ receive the same kind of ‘intensive phonics teaching’, this is at least a broad brush picture of the direction of travel in most primary schools. Moreover, it underlines the importance of having highly qualified teachers and regular (daily) instruction, to ensure children have a strong command of phonics for reading and spelling. On its basic claim that dyslexia is a ‘useless term’, however, the book is far less convincing. Dyslexia has been the subject of scientific enquiry since the first observations, documented over a hundred years ago, of children who struggled unsuccessfully with reading and spelling despite best efforts to teach them, and despite obvious abilities in other areas. These observations led to a proliferation of theories about the possible causes of such a specific learning difficulty with reading. Moreover, the observation that this pattern tended to run in families pointed strongly to a biological difference at their root. ‘Dyslexia’ was coined to describe this learning difficulty and offer an explanation of its origins. The definition of dyslexia, like all such terms, must be kept under review as research sheds more light on the subject in question. Does this mean, however, that it is time to abandon the term? The short answer is 'no'.

As a result of much investigation over the last 40 years, we now have a clearer picture of dyslexia and a better understanding of both its causes and of those things that are helpful in overcoming its effects. As is the case with all scientific enquiry, many of the initial theories have been tested and rejected such that our knowledge is growing slowly but steadily. We now know for example, that dyslexia is not related to left handedness as was once thought. In 2009, the Rose Review Group looked at the scientific evidence for dyslexia and, accepting that this was not - and could never be - complete, they made practical recommendations about identifying and teaching children with literacy difficulties and dyslexia in schools. These recommendations were accepted by the Government of the time and still form the basis of professional guidance in the field. The Group’s working definition of Dyslexia is: • ‘Dyslexia is a learning difficulty that primarily affects the skills involved in accurate and fluent word reading and spelling. • Characteristic features of dyslexia are difficulties in phonological awareness, verbal memory and verbal processing speed. • Dyslexia occurs across the range of intellectual abilities. • It is best thought of as a continuum, not a distinct category, and there are no clear cut-off points. • Co-occurring difficulties may be seen in aspects of language, motor coordination, mental calculation, concentration and personal organisation, but these are not, by themselves, markers of dyslexia. • A good indication of the severity and persistence of dyslexic difficulties can be gained by examining how the individual responds or has responded to wellfounded intervention.’ This definition makes a number of important points that reflect the growth in our understanding of dyslexia since its early origins. Notably that the difficulties are linked to underlying abilities in the processing of language and, in particular, in the processing of information about word-sounds. It also makes the point that dyslexia is unconnected to IQ and that it occurs on a continuum, which means that it will vary in severity and, inevitably, that there will not be sharp cut-off points. Lastly, the definition proposes core characteristics but acknowledges that other kinds of difficulties may 'co-occur' for some but not for all. For example some, but not all, learners with dyslexia will have additional difficulties with concentration, some, but not all, may have additional problems with motor co-ordination. These co-occurring difficulties are therefore not part of the definition of dyslexia but they do impact on its severity and on the planning of appropriate support.

Special tests are needed to identify which of these children are dyslexic and which are 'just poor readers' What is 'just a poor reader'? Nobody uses that term these days: someone who struggles to learn to read and spell has a real and significant difficulty. They need the right kind of support to improve their literacy skills as far as possible, and to develop compensatory strategies to circumvent remaining problems. Many poor readers are dyslexic and have difficulties with decoding, but some poor readers have a different type of difficulty, say, with comprehension. The kind of support they need should be directed there and not at phonics. No self-respecting teacher would treat them the same. Diagnosing dyslexia will remove false attributions of laziness or stupidity No-one would disagree with the argument made in the promotional material of the book that teachers should not make careless and hurtful judgments about intellect or effort just on the basis of poor spelling or reading. However, some parents surveyed by Dyslexia Action, for example, reported that their children were ridiculed and humiliated by teachers (Dyslexia Still Matters 2013). Kara Tointon in the documentary 'Don’t call me stupid' gives a vivid account of the frustrations of dyslexia for the individuals concerned and for those around them, showing how a child’s confidence can be so easily undermined by unsympathetic teaching. Many individuals report that being recognised as dyslexic lifted a burden of guilt and self-doubt. Whether it is called a diagnosis or not, the recognition of dyslexia is important because it externalises the problem or, at least, it distinguishes the problem from the rest of the person. Here is where a medical analogy may be helpful, for example, when forgetting a name, stumbling to read or freezing up when faced with a form to fill in, the anxiety can be defused by a casual comment 'that's my dyslexia playing up again'. One of the more damaging risks from the publicity claims of the book is that it encourages commentators, such as Rod Liddle writing in the Spectator, to air prejudices that dyslexia is a pretentious word for ‘thick'. So here we have another version of the ‘dim kids - rich parents,’ inverted snobbery – that may be fuelled by Elliott and Grigorenko’s views. If we get rid of the term dyslexia, many people may well go back to viewing those who struggle to read as being lazy or stupid. Liddle is not the only journalist to have fallen into this trap and children, irrespective of their socio-economic status, will suffer because of it.

A diagnosis of dyslexia will help teachers to select the most powerful ways to intervene While analogies with medical conditions can be helpful, we have long-since recognised that dyslexia is not a disease or an illness. Many of those who work in this field no longer use the term ‘diagnosis’, nor do they usually talk about 'tests', and certainly not 'special tests'. They prefer to talk about assessment designed to expose where particular and persistent barriers to reading exist. In other words, terms which imply a pass or fail result, when we are talking about degrees of difficulty in a range of areas, are misplaced. Rather, assessments should play an important role in planning and tailoring the best type of support that different individuals need. We fully accept that those methods which have been developed for learners with dyslexia can also be of benefit for learners who have decoding problems but may not have been identified as dyslexic. Further, we agree that good use of resources may well be to teach all who struggle with decoding as if they were dyslexic. However, as discussed above there are important differences between poor decoders that need to be taken into account. In short, individual differences do matter and it is a nonsense to suggest they don’t. As the jigsaw of reading difficulties is pieced together, for example, from advances in cognitive research and neuroscience, we may well reach a point where the term dyslexia should be replaced. Meanwhile, in our view, the working definition that we have cited above remains appropriate: dyslexia, by any other name is still dyslexia for those who struggle with its effects. Hopefully, we will move on from wrangles about terminology to more constructive discussions about high quality pedagogy and the professional knowledge that teachers need to apply it for all children with reading difficulties. Authors: Dr John Rack, Director of Education and Policy, Dyslexia Action Sir Jim Rose, Chair of the Dyslexia SpLD Trust. Written on behalf of, and endorsed by, all the partners of the Dyslexia SpLD Trust. For any further information please contact: Mel Byrne, Director of The Dyslexia-SpLD Trust [email protected]

A PLUTO BY ANY OTHER NAME

END_OF_DOCUMENT_TOKEN_TO_BE_REPLACED

A rose by any other name???

END_OF_DOCUMENT_TOKEN_TO_BE_REPLACED

A Vampire by Any Other Name

END_OF_DOCUMENT_TOKEN_TO_BE_REPLACED

Religion by Any Other Name: Do All Cultures Have Religion?

END_OF_DOCUMENT_TOKEN_TO_BE_REPLACED

Rational Basis With Bite: Intermediate Scrutiny by Any Other Name

END_OF_DOCUMENT_TOKEN_TO_BE_REPLACED

First Name Middle Name Last Name. Any other names you have been known by? If you are selected as a finalist, what name would you go by?

END_OF_DOCUMENT_TOKEN_TO_BE_REPLACED

A Rose by any Other Name: State Criminality and the Limits of Social Learning Theory

END_OF_DOCUMENT_TOKEN_TO_BE_REPLACED

Perfect Parenting, Part II; or: Would a Roshanda by Any Other Name Smell as Sweet?

END_OF_DOCUMENT_TOKEN_TO_BE_REPLACED

Dyslexia and other Specific Learning Disabilities

END_OF_DOCUMENT_TOKEN_TO_BE_REPLACED

A rose by any other name? the influence of brand name versus chemical differences in the prescription of antidepressants

END_OF_DOCUMENT_TOKEN_TO_BE_REPLACED

- OR ANY OTHER REASON WHY

END_OF_DOCUMENT_TOKEN_TO_BE_REPLACED

Would a brand smell any sweeter by a corporate name?

END_OF_DOCUMENT_TOKEN_TO_BE_REPLACED 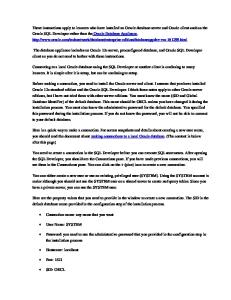 Connection name: any name that you want. User Name: SYSTEM

END_OF_DOCUMENT_TOKEN_TO_BE_REPLACED

IMO ANY OTHER BUSINESS. Codes, recommendations, guidelines and other non-mandatory instruments. Note by the Secretariat

END_OF_DOCUMENT_TOKEN_TO_BE_REPLACED

A COURT BY ANY OTHER NAME: PRESERVING THE RIGHT OF DIVERSITY REMOVAL FROM STATE ADMINISTRATIVE AGENCIES THAT EMULATE COURTS

END_OF_DOCUMENT_TOKEN_TO_BE_REPLACED

DOES A SONG BY ANY OTHER NAME STILL SOUND AS SWEET?: DIGITAL SAMPLING AND ITS COPYRIGHT IMPLICATIONS

END_OF_DOCUMENT_TOKEN_TO_BE_REPLACED

An Unreached People Unlike Any Other

END_OF_DOCUMENT_TOKEN_TO_BE_REPLACED

Dyslexia and Mathematics by Tricia Gardner

END_OF_DOCUMENT_TOKEN_TO_BE_REPLACED

2 What s in a name? That which we call a rose By any other name would smell as sweet. William Shakespeare