Spatial Localization of NMR Signals in an Inhomogeneous Radiofrequency Field

Spatial Localization of NMR Signals in an Inhomogeneous Radiofrequency Field

NMR methods are now having a dramatic impact on medical science, through spin imaging and the high-resolution spectroscopy of particular organs observed in viva In almost all cases, the necessary spatial localization has been achieved through the imposition of strong gradients of the static field Bo, in effect converting the spatial dimension into an NMR frequency dimension. This has produced impressive results in the field of imaging, although the tailoring of the Bo gradients to produce a localized region where high-resolution spectra can be recorded has proved a more difficult goal. It is no simple matter to create a volume of highly homogeneous field which abruptly changes into a region of strong gradients. Furthermore, the signal from this latter region is not destroyed but merely broadened, and may interfere with the desired high-resolution spectrum. Such limitations have prompted a search for methods which exploit the inhomogeneity of the radiofrequency field B1to define spatial coordinates (1-6).By the very nature of the NMR experiment, B I is several orders of magnitude less intense than Bo. It therefore seems unlikely that gradients of B I could have any deleterious effect if B I itself is weak enough to avoid radiofrequency heating effects. (This contrasts with conventional NMR imaging methods where the use of intense switched Bo gradients gives some cause for concern.) There is the further advantage that gradients in the B I field do not interfere with the resolution of chemical-shift effects, whereas Bo gradients act in a very similar fashion to chemical shielding, making it difficult to combine imaging with chemical-shift discrimination. Finally the nature of the sample itself and the usual requirement for noninvasive methods of generating the transmitter field (surface coils) both impose appreciable B1 gradients anyway, and it is tempting to make a virtue out of a necessity. Briefly the idea is to excite transverse nuclear magnetization and then invert this with one or more composite 180" pulses designed to be particularly sensitive to the actual value of the B I field (7). Then, by employing the "EXORCYCLE" scheme (8), signals not properly inverted by the 180" pulses are canceled, leaving only signals from sample regions which experience a radiofrequency field close to the nominal value @. The composite 180" pulses may be cascaded to reinforce the spatial discrimination, the radiofrequency phases being cycled independently. * Department of Biochemistry, Oxford University. 175

where 2X represents a nominal 180" pulse about the X axis, 2y a nominal 180" pulse about the -Y axis, etc. If the actual flip angle is close to 180", then Q1 behaves as a good spin-inversion pulse; for other values it merely approximates a Z rotation. This may be called "retrograde compensation" (7); related sequences have been proposed by Tycko and Pines (9). Although expansions of this sequence are feasible, and offer the promise of higher sensitivity to the B I intensity, they are not used here, principally because their behavior with respect to resonance offset is less suitable. In practice two sequences are cascaded, the second being in time-reversed order:

2X2y2X2xP2X. [21 This is because the efficiency with which Q1 inverts Z magnetization is not symmetrical with respect to the sense of the resonance offset (Fig. Ib) in contrast to the inversion efficiency of a simple 180" pulse (Fig. la). It is useful to define a coefficient E between zero and unity that represents the efficiency of a particular sequence for spin inversion: E = ( 1 - M,/M,)/2. 131 =

Perfect inversion corresponds to E = 1. Note that the ideal contour graph for this purpose would exhibit only a mild dependence of E on resonance offset but a strong dependence on radiofrequency intensity (close contour lines). The set of high contours at the bottom right of Fig. l b is an undesirable feature; it represents a particular combination of offset and B1 intensity which would allow spurious signals to pass through the "trap" set by Ql and the phase cycling. Time reversal of the pulse sequence reverses the sense of the offset dependence, giving the mirror-image pattern shown in Fig. lc. Thus a combination of Q' with Q"' and the elimination of all signals not properly inverted by these pulses gives a contour map for E which represents the product of the corresponding E coefficients in the individual maps of Figs. l b and c. The NMR response is excited by a simple pulse which is relatively insensitive to the spatial coordinates. (Composite excitation pulses could also be considered, but were not used in the present work.) While the natural choice would be 90°, in fact a nominal 60" pulse is preferable in this context (9). This is because the spininversion sequence [ l ] is satisfied not only by the nominal flip angle 2X, but also by its odd multiples 6X, lOX, . . . , so there can be spurious NMR responses from regions which experience radiofrequency fields 3B?, 5B1,. . . , etc. Any attempt to focus attention on a volume element remote from the surface coil could leave some unwanted signals from closer volume elements. An excitation pulse of 60" greatly attenuates the signal from the first of these "harmonics" since at that point in space it behaves as a 180" pulse. Methods for suppressing other harmonic conditions will be presented elsewhere. The transverse NMR signal excited by this pulse is then inverted twice by the cascade Q'@. All the component pulses are cycled in phase according to the "EXORCYCLE" procedure (8),a cycle of 16 steps (Table I), the receiver phase

The equivalent counterclockwise phase rotation may also be used.

being reversed for each 90” step in the phase of Q’ or @. This phase cycle is designed to pass only signals that are properly inverted by both Q’ and @. This is a procedure well known in two-dimensional NMR spectroscopy for suppressing the “phantom” and “ghost” signals generated by imperfect 180” pulses (8). An experimental test of the technique was carried out on a Varian XL-200 highresolution spectrometer with a narrow (54 mm) room-temperature bore. A simple 200 MHz radiofrequency probe was constructed for proton NMR using a singleturn 3 cm diameter coil representing a typical “surface coil” for in vivo NMR (10). Three small bulb samples were used as a “phantom.” They contained benzene, water and cyclohexane all lightly doped with chromium acetylacetonate or copper sulfate to reduce the spin-lattice relaxation times to less than 1 s. These bulbs were disposed at equal distances along the axis of the surface coil (Fig. 2). Since the most distant sample always gave a relatively weak NMR signal because of poor coupling to the coil, a 5.1 mm (0.d.) bulb was used for this sample whereas the two inner bulbs were of 3.6 mm (0.d.). Faster repetition rates may be employed to emphasize signals from regions remote from the coil (IZ). Because the field shimming coils were designed for high-resolution work on small cylindrical spinning samples, adjustment for good resolution of all three samples took some patience, and some transverse gradients remained, slightly distorting the chemical-shift scale. Nevertheless, three signals of similar linewidth could be obtained with a simple 90” excitation pulse. In a superconducting solenoid specifically designed for imaging or in vivo NMR there would be a much larger volume of homogeneous Bo field than in the present equipment, giving negligible distortion of the chemical-shift scale.

FIG. 2. Arrangement of the radiofrequency coil and the small bulb samples: (a) benzene, (b) water, (c) cyclohexane. The outer diameters of bulbs a and b were 3.6 mm while that of bulb c was 5.1 mm.

These signals were then reexamined with the sequence 60"(X)Q'Q with EXORCYCLE phase cycling, 16 transients being acquired for each spectrum displayed. Individual radiofrequency pulses were separated by a 10 ps delay to allow for phase shifting, while Ql was separated from Q by an arbitrary 100 ps delay. The pulse flip angles of the "60"" and "180"" pulses were varied by incrementing the appropriate pulse widths, keeping the flip angles in the correct proportion. For convenience pulse durations are expressed in terms of the width of a 90" pulse (Fig. 3). The spectra are shown as a phase-sensitive display; no problem was encountered in adjusting to pure absorption mode. As the pulse durations were incremented, first the benzene sample, then the water and then the cyclohexane reached the

FIG. 3. Proton NMR spectra of the phantom sample sketched in Fig. 2 excited by a nominal 6Oo(X) pulse followed by the two composite inversion sequences with the phase cycling scheme set out in Table 1. Pulse durations are shown in terms of a nominal 90" pulse. The actual pulse durations during the Q' sequences were always three times that of the initial excitation pulse.

condition where the excitation pulse was 60" and the inversion pulses were 180". Consequently the benzene signal grew, passed through its maximum and died away while the water signal was still growing and no cyclohexane signal could be seen; at larger pulsewidths a strong cyclohexane signal was observed but the benzene and water signals had disappeared. Because the B1 field varies relatively slowly at the position of the outer bulb c, the cyclohexane signal persists over a comparatively large range of pulse widths. The profile of the B1 field along the axis of a singleturn coil has been studied in detail by Ackerman et al. (10). The spectra are clear of any serious artifacts. The use of a 60" excitation pulse effectively suppresses any spurious response from benzene at 3B1 while cyclohexane is being excited at B1. Apparently resonance offset effects are adequately compensated. Spatial discrimination along the axis of the surface coil is thus demonstrated in practice. This is of course only the first step toward imaging in three dimensions or spatial localization for in vivo high-resolution spectroscopy, but it serves to confirm the practicality of the combination of the Q1 sequence with EXORCYCLE. Work is under way to investigate methods of restricting the excitation in the other two orthogonal directions. One possibility is the use of two or more radiofrequency coils with different orientations (7). More effective sequences for spatial selectivity are under investigation and will be described elsewhere. Although this illustration has employed proton NMR, the method is clearly applicable to other nuclei of biological interest, for example phosphorus-3 1. This spatially selective technique naturally invites comparison with the twodimensional Fourier method (1-4, 6) where a single pulse is incremented in length during an evolution period t l until the magnetization has undergone a damped forced precession of several revolutions. The spatial coordinate is then labeled according to the frequency yB1/27r and displayed along the Fl axis. A decision as to the relative merits of these two alternative techniques may well be swayed by sensitivity considerations. The spatially selective pulse sequence should be somewhat more suitable for in vivo high-resolution work than for spin imaging where it is advantageous to examine the entire sample simultaneously. ACKNOWLEDGMENTS This work was made possible by an equipment grant and a research grant (M.B.S.) from the Science and Engineering Research Council. James Keeler is the recipient of a Domus Senior Scholarship at Merton College, Oxford. The authors are indebted to R. Tycko for making available a manuscript (9) prior to publication. REFERENCES 1. D. I. HOULT, J. Magn. Reson. 33, 183 (1979). 2. D. I. HOULT, J. Mugn. Reson. 35, 69 (1979). 3. D. I. HOULT, J. Magn. Reson. 38, 369 (1980). 4. S. J. Cox AND P. STYLES, J. Mugn. Reson. 40, 209 (1980). 5. M. R. BENDALL AND R. E. GORDON, J. Magn. Reson. 53, 365 (1983). 6. A. HAASE,C. MALLOY, AND G. K. RADDA,J. M a p . Reson. 55, 164 (1983). 7. A. J. SHAKA AND R. FREEMAN, J. Mugn. Reson. 59, 169 (1984). 8. G. BODENHAUSEN, R. FREEMAN, AND D. L. TURNER, J. Magn. Reson. 27, 51 1 (1977). 9. R. TYCKOAND A. PINES, J. Magn. Reson. 60, 156 (1984). 10. J. J. H. ACKERMAN, T. H. GROVE, G. C. WONG, AND G. K. RADDA, Nature (London) 283, 176

END_OF_DOCUMENT_TOKEN_TO_BE_REPLACED

The back reconstruction of signals by the NMR techniques

END_OF_DOCUMENT_TOKEN_TO_BE_REPLACED

Spatial Localization Problem and the Circle of Apollonius

END_OF_DOCUMENT_TOKEN_TO_BE_REPLACED

Spatial derivative of Scalar & Vector field: - Gradient of a Scalar field - Divergence of a vector field

END_OF_DOCUMENT_TOKEN_TO_BE_REPLACED 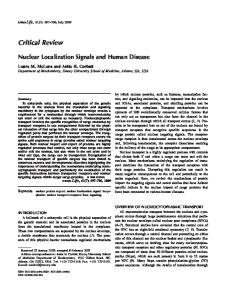 END_OF_DOCUMENT_TOKEN_TO_BE_REPLACED

Spatial Planning in Germany. An Overview