Responding to the needs of our changing world

Responding to the needs of our changing world I t only takes one spark to start a fire, and it looks like the embers of education are aflame in Iowa...
Author: Jonathan Page
3 downloads 0 Views 4MB Size
Report
Download PDF

Responding to the needs of our changing world

t only takes one spark to start a fire, and it looks like the embers of education are aflame in Iowa.

One call did it all . . . two visionaries, not knowing one another just a few short months ago, are about to launch an experiment both have prayed and pondered for years. Quakerdale is pleased to announce that they will partner with The Orange Planet, a Des Moines based Christian community organization, to open the school of the future this fall. The Orange Planet currently provides various programs for youth and adults such as: fitness classes, sports training, and counseling in their 27,500 sq. foot facility. Their mission is to “inspire minds, strengthen bodies, and impact lives based on time-honored Christian values that develop character”.

For years, academic professionals, parents and leaders in the Des Moines area, have felt the need for an alternate direction for Christian education. The new partnership, named the Promise Academy Pleasant Hill, will aim to fulfill this call for students grades 6-12.

In addition to using an online curriculum, the school will focus on providing students with real-life learning opportunities. Internships are in the program plan, and students will meet with local entrepreneurs and professionals in various careers such as fashion design, radio and television production, law enforcement, construction and many more. Community service and engagement will also be a strong focus for the students. “Something different is always exciting but also challenging,” said Quakerdale Executive Director, Robert Talbot. “Nevertheless, it is our priority at Quakerdale to reach out to families and children through positive and encouraging programming, and we are up to the challenge.” Orange Planet’s David Charleston agreed. “What child would not benefit from a low teacher ratio, connection to a world-wide classroom, an opportunity to accelerate their learning based on biblical philosophy, all the while surrounded by a caring community cheering them on.”

Quakerdale will maintain the original Promise Academy campus in New Providence. Three new classrooms “Christian Education in the Des Moines metropolitan equipped with computers will be retrofitted in the current area has been of a traditional model with seat time and The Orange Planet facilities. David Charleston will be class lectures,” said The Orange Planet Founder/Director site director/teacher, along with two more teachers to David Charleston.“We want to provide a very innovative start. Budget projections are based on a first year student and different mode of Christian education that integrates body enrollment estimate of thirty students and will flexible computer-based course begin enrolling students in early March for the 2013-2014 work, hands-on education and school year. mission based opportunities.” Robert Talbot had these words: “It’s too early for predictions, but the potential to have another school in Des Moines will create the Christian education environment our founder desired over 160 years ago.”

Campus News Manning campus youth help feed 25,000 people In January, the youth of the Manning Campus joined fellow community members and packed 25,000 meals in 2 hours at the Meals from the Heartland event! The meals were packaged to be served to those in need in the United States and third world countries. Service is an important element at Quakerdale. Through service, youth are able to grow in character, empower each other , build healthy relationships, and give to others.

Giving hearts, helping hands The young women of the Waterloo Campus have wasted no time this year reaching out to their community! The girls volunteer weekly at the Grout Museum, Country View Nursing Home, and their church. In addition to these locations, two girls are reaching out to other youth in the foster care system, by being peer supports through the Dream Team Program. Dream Team assists youth who are transitioning out of the foster care system by partnering them with caring adults and peers in their community. These connections help them as they journey towards meeting their goals for self-sufficiency.

A special thank you to Theisens for their generous donation of $1,000 to the Sustainable Agriculture Program!

Celebrate good times! The adage, “the more the merrier”, rings true for the New Providence Campus! The campus has been bustling as the young women of Branson Cottage have hosted two special events. While some of the residents went home for the holidays, others brought the holidays home to the campus, inviting family, friends and the community over for food and fellowship. Decorations lit the Broer Center and the festivities were alive. The cottage also celebrated the high school graduation of one of the residents. The party was well attended and the young woman was elated as she expressed how supported she felt by Quakerdale and the community!

The numbers are in... Quakerdale volunteers give 6,000 hours of service in 2012! We are full of gratitude as we reflect on the many helping hands and hearts that have joined in our mission to encourage hope, faith and growth in Iowa’s youth and families. In 2012, volunteers gave over 6,000 hours at Quakerdale. Each hour that a volunteer gives is equal to an average of $10.00 that it would cost to pay a staff worker. Meaning, in 2012, volunteers gave over $60,000 worth of their time. But NO dollar amount could reflect the quality of their work, the value of their commitment, and the positive impact that they are making.

Spritiual Life at Quakerdale One of the primary qualities of Quakerdale’s ministry is the ability to care for the whole person: body, soul, and spirit. We labor to impart the truths of the Bible and the example of Christ as foundations for a mature life. I have been leading Promise Academy students using “Men of God” notebooks for Proverbs study during our weekly devotionals. “Men of God” is a study in the application of godly character and wisdom to the choices, desires, and pursuits of young men. We center on a portion of a chapter and apply its truth to our lives by dividing the teaching into five categories in our notebooks: wisdom, God, people, character, and living well. That surely is preparation for life at its best! Pastor Dave Holm Quakerdale Spiritual Life Director

The Whiteheads are honored for their support and service to Quakerdale

On Saturday, December 15th the late M.R. Whitehead, former Executive Director of Quakerdale, and his wife Jane were honored for their years of faithful service to Quakerdale. The recently renovated Broer Center gym was dedicated as the Whitehead Gymnasium. “M.R. led Quakerdale to be one of the largest agencies in the State of Iowa and the nation serving children,” commented Quakerdale Executive Director, Robert Talbot at the dedication/ribbon cutting ceremony. Jane Whitehead worked alongside her husband in many capacities during his 26 year-long tenure, continued as a staff member for an additional 5 years, and now gives generously of her time and financial gifts to Quakerdale. Thank you M.R. and Jane!

Quakerdale Prep Classic attracts nationwide attention On Thursday, January 17th, teams from across the country made their way to the New Providence Campus to compete for first place at the Quakerdale Prep Classic. The three-day tournament attracted nationwide talent and 54 college coaches and recruiters from prominent colleges such as: Kansas State, Penn State, Wake Forest and University of Iowa.

“The coaches and recruiters really enjoyed the tournament.,” commented Quakerdale Eagles Head Coach, Brad Matney. “Many agreed that the event was great exposure for the players and expressed their appreciation for the kindness and professionalism of the Quakerdale staff and volunteers.” Tournament Results: • First place- Sunrise Christian Academy • Second place- Kingdom Prep Academy • Third place- St. Johns Military Academy Fourth place- Quakerdale Eagles A special thank you to the volunteers and all who made the event a success. Make sure to keep an eye out next year for the third annual Quakerdale Prep Classic!

Give in memory. Give in honor.

You are invited to share in Quakerdale’s memorial program by giving a gift to thoughtfully remember family members or friends who have been a vital part of your life or to honor special events in the life of a friend or loved one, such as birthdays, anniversaries, weddings, and other memorable occasions.

Your gift to the Memorial Fund, added to the many other gifts received each year, is a gift that keeps on ‘living,’ thereby offering a fitting memorial to the person(s) being honored. To acknowledge your thoughtful gesture, a card stating that you made a gift to Quakerdale is promptly sent to the family or person you designate. Also, your name will appear in the next issue of News and Views as a memorial or special tribute

Thank You for Your Help to Bonnie & Glenda McCormick Lona Wolfe

In Honor of Elizabeth Smith Roscoe and Helen Millett

Turn your buying power into giving power Thank you for being so faithful in supporting God’s work here at Quakerdale. Your donations, volunteer hours and prayers make it possible for us the do the work we do. It is our utmost priority to be good stewards of our funds and we are excited to announce that we are taking bold steps to expand our income streams through affinity marketing and a viritual marketplace. Affinity marketing is where a business contributes a portion of their sales income on a regular basis to a specific charity. You have probably seen this happen when you drop a receipt in a box with a charity’s name on the front. The business totals the amount of all the receipts and then gives a portion of those sales as a donation to the charity. Lifesource Vitamins is the first business that is doing this for Quakerdale. The Quakerdale Marketplace is a new part of our website where you visit the storefronts of businesses that have agreed to create coupons or give special discounts to Quakerdale supporters in return for purchasing goods and services at their place of business. By purchasing products or cashing in on deals through The Marketplace, you will directly be contributing to Quakerdale for things you were already going to purchase! Both of these methods “Turn Your Buying Power into Giving Power.” So continue to watch your email and mail box, (or go directly to the The Marketplace on our website) for ways you can donate to Quakerdale with your purchases. You can also support Quakerdale financially through bequests, wills, estate planning, and more. These are giving tools our government and the investment industry have provided to reward Americans that want to use their wealth to support charitable causes. If you are interested in more information about these tools or have any questions about anything I have mentioned, please send me an email to [email protected] or call me at (641) 497-5294. Again, thank you for all you are doing or considering to do in the future, to ensure that Quakerdale will continue to be there to help those in need. Dan Smith Quakerdale Director of Development

The Asset Management Team Responding to the changing retail world

END_OF_DOCUMENT_TOKEN_TO_BE_REPLACED

Satisfying the changing needs of our customers

END_OF_DOCUMENT_TOKEN_TO_BE_REPLACED

Responding to the Needs of Students with Autism Spectrum Disorders

END_OF_DOCUMENT_TOKEN_TO_BE_REPLACED

Responding to the challenges of a changing world: The role of new plant varieties and high quality seed in agriculture

END_OF_DOCUMENT_TOKEN_TO_BE_REPLACED

Responding to the challenges of a changing world: The role of new plant varieties and high quality seed in agriculture

END_OF_DOCUMENT_TOKEN_TO_BE_REPLACED

The world is changing

END_OF_DOCUMENT_TOKEN_TO_BE_REPLACED

The Changing Geography of World Trade: Projections to 2030

END_OF_DOCUMENT_TOKEN_TO_BE_REPLACED

The Changing Face of Our Campus

END_OF_DOCUMENT_TOKEN_TO_BE_REPLACED

Welcome! to our world

END_OF_DOCUMENT_TOKEN_TO_BE_REPLACED

The Changing World of E-books

END_OF_DOCUMENT_TOKEN_TO_BE_REPLACED

THE CHANGING WORLD OF BUSINESS LENDING

END_OF_DOCUMENT_TOKEN_TO_BE_REPLACED 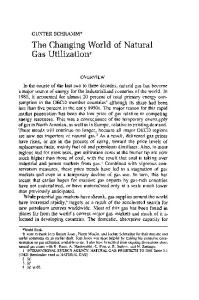 END_OF_DOCUMENT_TOKEN_TO_BE_REPLACED

Internet of Things: Changing the World

END_OF_DOCUMENT_TOKEN_TO_BE_REPLACED

CHANGING PATTERNS IN THE WORLD OF WORK

END_OF_DOCUMENT_TOKEN_TO_BE_REPLACED

to our world... Sitemap THE DRIVING FORCES