NEWSLETTER. Table of Contents. Call us at March - April. Helping you to find and design the office you want

NEWSLETTER Helping you to find and design the office you want.

Are Serviced Apartments Shanghai's Best Investment? The high demand for property that is characteristic of a booming metropolis has been attracting real estate investment to Shanghai for years now. Yet while sound opportunities may be found across the spectrum of the city's industrial, commercial and residential real estate, which niche segment offers the truly best prospects for investors today? While the answer may vary according to the investor’s specific goals and resources, there is one market segment that stands out as a top contender to anyone who does their research: the serviced apartments sector. Perennial Strong Performer

Occupancy – Serviced vs Regular Aparments With their value-added extras, serviced apartments are also able to command far higher rents than regular rental units. Data used to create the below chart shows that rents for serviced apartments have averaged 20% to 24% higher than rents for regular apartments for each of the last 8 years. Below is a list of some high-end serviced apartment projects in the city along with their associated rental range.

Shanghai Center The One Executive Suites

Robust Demand Base The strong performance of the serviced segment seems largely a result of the city's growing headquarters economy; high-level foreign executives and their families have long been a primary driver of demand in this market, especially at the high-end of the field. According to local residential realtors we consulted, demand for serviced residences has also been growing strongly among domestic enterprises in recent years – hardly unsurprising given Shanghai's central role in the Chinese economy and the increasingly deep pockets of many large Chinese firms. Other occupier groups creating demand in this market include Chinese entrepreneurs returning from overseas, and well-to-do locals who favor serviced apartments as a fashionable and convenient lifestyle choice. Our sources note that two trends seem to be further boosting demand from multinational corporations in recent years. One is a growing tendency among these enterprises to post young expatriates to the city instead of the seasoned veteran executives they have typically sent. The corporations, apparently, are even more likely to house these young expats in serviced homes. The second trend is a significant increase in short, project-based stays of, for example, three to six months.

Brands, Buyers Jostle for Stakes Investors and big international property brands have naturally been fighting to seize shares of this burgeoning market, and since the first serviced apartments in the city opened in Shanghai Centre in 1990, billions have been spent on building and acquiring new developments. Recent bulk transactions include the sale of Changning District’s 虹 桥 绿 苑 to Nanjing-based Landsea Group for RMB 540 million last July, and the sale of Lanson Place at Xintiandi to the Zhongrong Group for 920 million RMB in September. (Note that the governmentgranted land use period for serviced apartment developments is 40 years, which is less than the 70 years allowed for regular residential properties, and transaction prices reflect the number of years of land use remaining.) International serviced apartment brands in Shanghai include The Ascott, Citadines and Somerset brands owned by Singaporean real estate giant CapitaLand. Singapore-based Frasers has properties under its flagship and Modena brands in the city, and will be opening a Capri-branded property this year. US-based service residence giant Oakwood to date has only one Shanghai property, which is located in Putuo district. Five-star hospitality companies operating serviced apartments in the city include Shangri-la, Four Seasons, Kempinski and Marriott. The only real threat to the continued strong performance of the serviced apartment niche seems to be the possibility of future oversupply. Many new projects now under construction or planning include: • the above-mentioned Capri by Fraser • two more Ascott serviced apartment developments with a combined 296 units, both scheduled for completion in 2019 • a 112-unit project by Thai luxury hotel company Dusit and its Chinese partner, scheduled to open this summer in Xuhui district • a 168-unit Shama serviced apartment building, the fifth in Shanghai; Shama is a brand of Thailand's Onyx Hospitality

The second of CapitaLand's Raffles City developments in Shanghai comprises a shopping mall, three Grade A office towers and heritage buildings including historic St. Mary's church, and it will be a major addition to the bustling Zhongshan Park area when fully finished in 2017. Building III has been completed and its occupancy rate now stands at 80%. Building II is being handed over in second quarter of this year, and only spaces in its high zone are available. Building I is expected to be handed over in first quarter of 2017.

This new building by Chinese developer Sunac was sold for RMB 3.126 billion in 2014 to Gopher Asset Management, a subsidiary of Noah Holdings, the first private wealth management firm to list on the New York Stock Exchange. It has received a gold rating for core and shell from the us green building council, and has the attractive advantage of being directly over the new Expo Museum subway station of line 13, which just recently went into operation. Xintiandi as the next stop north on the line.

This new mixed-use development in the Zhuyuan area of Pudong was completed at the end of last year and includes an underground department store, movie theater and 5 low-rise office buildings. With an attractive location at the intersection of four subway lines, its developers are retailing giant Bailian Group and Lujiazui Group.

Contact NAI Sofia Group Shanghai at 021-6230 1919 for further information on the three office building properties listed above, or for information on any other commercial property in the city.

Events – Performance Art and Design Shanghai ‘Babel Me’ is an exhibition in the Glass Museum Shanghai Baoshan that features works by international and domestic artists all centered on the theme of urban renewal. The exhibit explores " how the changes inherent in city regeneration, the destruction and rebuilding of both property and communities, affects an individual’s and therefore a community’s thinking and relationship forming process." Certainly an apt topic for a Shanghai audience. Ends March 18th. 宝山区长江西路 685 号 ( 近钢四路 ) 685 Changjiang W Road, Baoshan. See www.WhyWhyArt.com for more details. "Investigate It", an exhibition curated by Shanghai-based architect and scholar Feng Lu, explores architectural theory and design in China in works by eleven contemporary Chinese architects, artists, and scholars. March 12th - May 15th at OCAT Shanghai Project Space, 1016 North Suzhou Road. Hours: 10am - 7pm, closed Mondays.

Design Shanghai is an exhibition and forum that showcases design brands from all over the world, drawing top architects, interior designers, property developers, retailers and private buyers. The fourday show attracted 42,000 visitors last year. Takes place March 9th12th inside Shanghai Exhibition Center. Tickets can be purchased for US$ 16 on www.designshowshanghai.com. Joshua Bell, violinist and Music Director of the Academy of St Martin in the Fields, is widely recognized as one of the musical geniuses of our era and he will be performing pieces by Beethoven, Ravel and Vitali at Shanghai Oriental Arts Center on April 16th. Book tickets by calling 4006-466-406. Ballet du Grand Theatre de Geneve will perform a dance version of Shakespeare's A Midsummer Night's Dream at Shanghai Grand Theatre on April 22nd and 23rd. Tickets are RMB 180 to 880 and may be booked on www.damai.cn.

Dining Suggestions – What is it about Hawaii that makes people smile even when coming encountering just a small part of it? Whatever it is, it had us smiling the second we walked into Alan Wong's restaurant and noticed the tropical flowers, lilting strains of ukulele music and warm welcome of the restaurant hostess. And we're glad to say the smile, or at least its pleasant feeling, stayed with us for the duration of the meal. There is no wall separating the elegant interior of Alan Wong's and its sparkling clean kitchen where chefs are industriously preparing and cooking your food. As the place is relatively small, you feel you could shout at the guys – "Extra butter on the roast pig for over here please" – and they'd gladly do as you say. Our Hawaiian Plate Lunch included a tender piece of Kalua pig, ahi poke (tossed raw tuna salad), lomi tomato (a salad-type dish reminiscent of Mexican salsa), Misoyaki Cod (black cod marinated in Japanese miso paste) and Musubi (a slice of meat on rice wrapped in seaweed). The freshness of the fish made us feel they could only have come from a pristine place like Hawaii. Seasonings were subtle, delicious and blended nicely with one another. Including an amuse-bouche, a heavenly lobster chowder, bottled Hawaiian water, fresh coffee and a "Pick Me Up" rum pastry for dessert (complete with eyedropper for injecting the rum), our meal came to CNY 398, 15% service charge included. Not a price we prefer to pay for lunch everyday, but in this case well worth it.

Brain Food – PechaKucha PechaKucha is accepting applications for speakers at its next event, the date and venue of which is still being decided. If you would like to share a great idea in a 5-minute speech to an intellectual and fun crowd then get in touch with the organizers by emailing vicky. [email protected], or if you have WeChat on your phone you can search for the organizer's channel: PechaKuchaShanghai.

Changning Raffles City is expected to be handed over this March and Letters of Intention have been signed for basically all ground-level spaces.

Shanghai Office Occupancy in Percentage About 20,000 sqm of the Dazhongli project in the Nanjing West Road area have now been leased out, and with less available space rents in the whole area have crept up slightly from 12.5 RMB / sqm / day to RMB 13 / sqm / day.

Your Shanghai office, industrial and retail property specialists Our consultants will be delighted to personally assist you at any time. You may call our main Shanghai office number, (86 21) 6230 1919, or contact directly a consultant who handles your specific concern:

DESIGN AND BUILD OUT MANAGEMENT

INDUSTRIAL AND OTHER PROPERTY DIVESTITURES

Click. Xcelite Table of Contents. on the section you want

END_OF_DOCUMENT_TOKEN_TO_BE_REPLACED 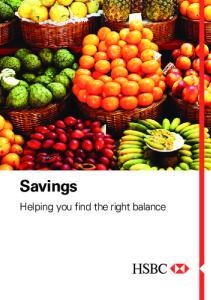 END_OF_DOCUMENT_TOKEN_TO_BE_REPLACED

Thank you. TABLE OF CONTENTS

END_OF_DOCUMENT_TOKEN_TO_BE_REPLACED

Table of Contents. If you don t see it, call us, WE CAN DO IT!

END_OF_DOCUMENT_TOKEN_TO_BE_REPLACED

Do you have a question you would for us to answer at the end of the presentation? Do you have some feedback you want to share?

END_OF_DOCUMENT_TOKEN_TO_BE_REPLACED

Let us help you find your way

END_OF_DOCUMENT_TOKEN_TO_BE_REPLACED

you find us in: Radisson Suite

END_OF_DOCUMENT_TOKEN_TO_BE_REPLACED

Stop! If you want us to teach you how to play, you can visit. plaidhatgames.com and watch a video explanation

END_OF_DOCUMENT_TOKEN_TO_BE_REPLACED

Table of Contents. Thank you for attending

END_OF_DOCUMENT_TOKEN_TO_BE_REPLACED

You can find the CD treatment support you want. You don t have to do this alone

END_OF_DOCUMENT_TOKEN_TO_BE_REPLACED

About us. Save to get what you want

END_OF_DOCUMENT_TOKEN_TO_BE_REPLACED

All you need TABLE OF CONTENTS

END_OF_DOCUMENT_TOKEN_TO_BE_REPLACED

Call us if you have any questions!

END_OF_DOCUMENT_TOKEN_TO_BE_REPLACED

Whether you are energetic and want to

END_OF_DOCUMENT_TOKEN_TO_BE_REPLACED

1. If you want to know what really happened long ago, how can you find out?

END_OF_DOCUMENT_TOKEN_TO_BE_REPLACED

March Frank W. Nelte SO YOU WANT TO BE BAPTIZED?

END_OF_DOCUMENT_TOKEN_TO_BE_REPLACED

Be the Change You Want to See

END_OF_DOCUMENT_TOKEN_TO_BE_REPLACED

Create the day you want to remember

END_OF_DOCUMENT_TOKEN_TO_BE_REPLACED 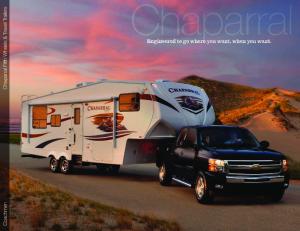 END_OF_DOCUMENT_TOKEN_TO_BE_REPLACED

TABLE OF CONTENTS. Contact Sima s Service Center at if you find that any of the above is missing

END_OF_DOCUMENT_TOKEN_TO_BE_REPLACED

Excel tips & tricks. On the next page you will find table of contents. It will help you navigate this pdf