Nehemiah What you are doing is not good

1 Nehemiah 5 5-15-15 What you are doing is not good I. Slide2 Announce: A. Slide2 Next Wed night: Family night (all church family). Dinners on us. ...
Author: Caroline Anderson
0 downloads 4 Views 309KB Size
Report
Download PDF

I. Slide2 Announce: A. Slide2 Next Wed night: Family night (all church family). Dinners on us. Worship. Devo. Dessert. B. Pray for: Ivy Zamora (husband died unexpectedly this week). Women’s retreat. I. Slide3 Intro: What you are doing is not good A. Moses found out the hard way it was much easier to dispose of an Egyptian master than to reconcile 2 Jewish brothers (Ex.2:11-15). 1. This chapter deals with the enemy attacking from within. 2. And a whole lot of selfishness. B. Selfishness is: 1. Putting yourself at the center of everything. 2. Insisting on getting what you want, when you want it. 3. It means exploiting others so you can have your own way. 4. It’s not only wanting my own way but expecting everybody else to want my way too II. Slide4 SELFISHNESS (1-5) A. It was so bad even the wives (who normally kept silent) were joining in the protest. B. Slide5a 4 different groups effected: 1. The Hungry (2) a) This was the general population. Maybe they didn’t own land. They were starving because of the famine (3). 2. Slide5b Hungry Landowners (3) a) They had to mortgage their property in order to eat. 3. Slide5c Those overtaxed (4) a) They were forced to borrow money to pay their taxes. b) When Alexander the Great took over Susa, where Nehemiah had served Artaxerxes, he found some 270 tons of gold, & 1,200 tons of silver. (1) The policy stripped the kingdom of coinage, created inflation, & was in part responsible for the serious economic stress in Judea. 4. Slide5d The Jews who exploited the situation (Jewish Brethren vs.1,5)

a) Some of the wealthy Jews were taking advantage of the situation & taking their lands & their children for collateral. b) Main problem with this? Both the people & the land belonged to the Lord…& He wouldn’t have anybody using either one for personal gain. (1) Slide6 Psalm 35:10 With every bone in my body I will praise him: Lord, who can compare w/you? Who else rescues the helpless from the strong? Who else protects the helpless & poor from those who rob them? III. Slide7 CONFRONTATION (6-13) A. When you are doing work for the Lord it always seems something happens that makes you question what you’re doing. 1. Here Nehemiah could have asked himself, maybe I shouldn’t have started this wall project? 2. But it wasn’t the wall that created the problems, it only revealed them. a) This also happens when someone gets saved. Ever heard or said yourself, “Ever since I’ve gotten saved there surfaced all these problems in my life.” B. (6) Nehemiah was not a Politician who asks, what is popular? Or a Diplomat who asks, what is safe? but a True Leader who asked, what is right? C. What is your response to problems? 1. Do you confront problems courageously? a) Some hold to the philosophy, There is no problem so great that you can’t ignore it. b) But any problem you ignore...will only go underground, grow deeper roots, & bear bitter fruits. 2. Remember problem solving in ministry is not an intellectual exercise it’s a spiritual experience. a) Slide8 If we depend on the wisdom of the world, we will get what the world can do; but if we depend on the wisdom of God, we will get what God can do. D. Slide9a His 1st response was the emotion of anger. 1. Not reacting w/a sinful temper tantrum. But the expression of righteous indignation. a) Moses over the golden-calf - Ex.32:19 So Moses' anger became hot, and he cast the tablets out of his hands and broke them at the foot of the mountain.

b) Jesus to the Pharisees - Mark 3:5 And when He had looked around at them with anger, being grieved by the hardness of their hearts, He said to the man, Stretch out your hand. And he stretched it out, and his hand was restored as whole as the other. 2. How do I make sure I am angry but sinning not? Ps.4:4 Be angry, and do not sin. [key] Meditate within your heart on your bed, and be still. a) Nehemiah did that. He was angry, but thought before he spoke (7). There is a time to speak. 3. Slide9b Aristotle said, (loosely) Be angry w/the right person, to the right extent, at the right time, & w/the right object, & in the right way. E. Slide9c His 2nd response was one of serious thought. 1. He put his heart & head together as he pondered the problem & sought God’s direction. 2. Prov.16:32 He who is slow to anger is better than the mighty, And he who rules his spirit than he who takes a city. F. So I called a great assembly against them. Public Sin = Public Rebuke & Repentance. G. Slide10a Nehemiah appealed to 6 things: 1. He appealed to their Love (7a) a) He uses brother/brethren 4 times. (1) Gen.13:8 So Abram said to Lot,...for we are brethren. (2) 1 Jn.4:21 he who loves God must love his brother also. 2. Slide10b He appealed to the Word (7b) a) Ex.22:25 If you lend money to any of My people who are poor among you, you shall not be like a moneylender to him; you shall not charge him interest. b) The Jews had gone into Babylon, farmers & came out, commerce people. They learned how to use money & to make money. c) There is nothing wrong with using money, & making money, nor lending money …providing you don’t violate God’s word nor exploit those who are helpless. (1) In the ancient world interest loans are known to have exceeded 50% at times. Today sometimes 300% on a $25 loan...they’ll never pay off.1 d) The bible has much to say about the right & wrong use of money. Yet so many ignore these truths & use their resources w/o consulting God. 1

When Helping Hurts, pg.60, story of Mary in Kenya.

(1) Most think they can tithe their income, then do what they want w/the rest (2) They forget they are stewards of ALL that is Gods, not just what we give Him…we’ll be accountable for all that is His. Slide10c He appealed to their Redemption (8) a) God had redeemed them from: Egypt, Babylon, & now Nehemiah & his friends had redeemed some from financial bondage. Slide10d He appealed to the Fear of God (9a) a) Clear confrontation, what you are doing is not good. b) Often when we have sinned we have forgotten the fear of the Lord. (1) This is not the dread of a slave toward his master; but the loving respect of a child toward his parent. (2) To fear the Lord is to seek to glorify God in everything we do. (3) Oswald Chambers said, When you fear God, you fear nothing else; if you do not fear God, you fear everything else. Slide10e He appealed to their Witness to their enemy (9b) a) They were called to be a light to the Gentiles. (1) Is.42:6 I, the LORD, have called You in righteousness, And will hold Your hand; I will keep You and give You as a covenant to the people, As a light to the Gentiles. b) It is better to loose money than to lose your witness. (1 Cor.6) c) It is also easier to make money than to make up a bad witness. Slide10f He appealed w/his own Personal Practice (10,11) a) He practiced what he preached. b) He told them to restore: interest, security, & property. Slide10g He appealed to the Judgment of the Lord (12,13) a) Shook the fold off his garment – symbolic of what God would do w/them if they didn’t keep their vow. (1) This was similar to shaking the dust off your feet. It was an act of condemnation. (2) Acts 18:6 But when they opposed him and blasphemed, he (Paul) shook his garments and said to them, Your blood be upon your own heads; I am clean. From now on I will go to the Gentiles.

b) So, he seals it with a vow before the priests (12). So now it wasn’t only a promise to their neighbor but before their God. H. Slide11 Their 4-fold Response: 1. They said they will restore it (12). They would obey. 2. They said Amen (13). This was their solemn assent. So be it, May the Lord do all that you said. 3. They praised the Lord (13). Why? Nehemiah had helped them in solving their problem. 4. They did it (13). They didn’t only say they would, they did. I. Are there any social concerns you are concerned with today? [clean water. food. AIDS. Malaria. preventable diseases. trafficking. immigration. homeless. poor. illiteracy. refugees/war]

1. He became agitated enough to do something about it. Will you? 2. Normally we think, I’m just one person, what can one person do?…well, ask Nehemiah :) IV. Slide12 ROLE MODEL (14-19) A. What integrity we see w/Nehemiah & his men. 1. D.L.Moody said, A holy life will produce the deepest impression. Lighthouses blow no horns; they only shine. B. What an example these men are to us. 1. They didn’t use their official expense account; nor tax the people so they could eat; & they paid their own expenses, & didn’t ask for reimbursement. 2. He worked on the wall rather than on his wealth (16). 3. “Leaders accept more of the blame & less of the credit. They are people who quietly sacrifice so that others might have more.”2 a) Slide13 A clear conscience is a mighty weapon in God’s hands. C. (17,18) Nehemiah not only paid for his food but he also shared it w/others. 1. Some estimate this to have fed 500 guests. D. (19) This is the 4th of his prayers.

1. The greatest thing about Nehemiah was whatever he did, he did only to please the Lord. E. Slide14a This is from a speech given in 2006 National Prayer Breakfast in Washington D.C. God is in the slums, in the cardboard boxes where the poor play house. God is in the silence of a mother who has infected her child with a virus that will end both their lives. God is in the cries heard under the rubble of war. God is in the debris of wasted opportunity & lives, & Slide14b God is with us if we are with them. given by the Bono, of U2. 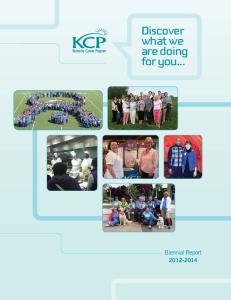 Discover what we are doing for you

END_OF_DOCUMENT_TOKEN_TO_BE_REPLACED

Good News: You Are Not Your Brain!

END_OF_DOCUMENT_TOKEN_TO_BE_REPLACED 1: GOOD NEWS What are we doing here?

END_OF_DOCUMENT_TOKEN_TO_BE_REPLACED

what is PT4PT.org? What are YOU Doing for NPTM? President s Message

END_OF_DOCUMENT_TOKEN_TO_BE_REPLACED 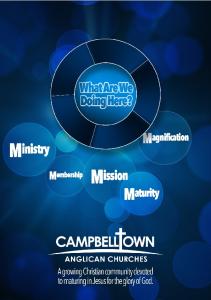 What are we doing here?

END_OF_DOCUMENT_TOKEN_TO_BE_REPLACED 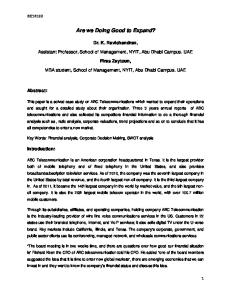 Are we Doing Good to Expand?

END_OF_DOCUMENT_TOKEN_TO_BE_REPLACED

Why You Are Not Searching Good Dentist Online

END_OF_DOCUMENT_TOKEN_TO_BE_REPLACED 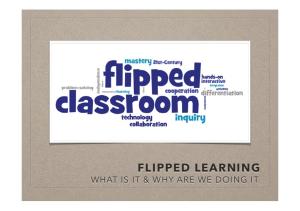 FLIPPED LEARNING WHAT IS IT & WHY ARE WE DOING IT

END_OF_DOCUMENT_TOKEN_TO_BE_REPLACED

WHAT IS GOOD POSTURE?

END_OF_DOCUMENT_TOKEN_TO_BE_REPLACED

WHAT IS GOOD ARCHITECTURE?

END_OF_DOCUMENT_TOKEN_TO_BE_REPLACED 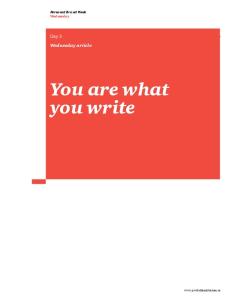 You are what you write

END_OF_DOCUMENT_TOKEN_TO_BE_REPLACED 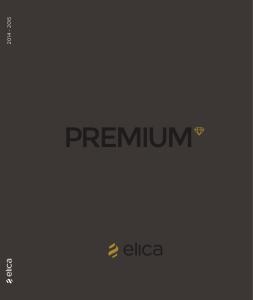 YOU ARE WHAT YOU BREATHE

END_OF_DOCUMENT_TOKEN_TO_BE_REPLACED 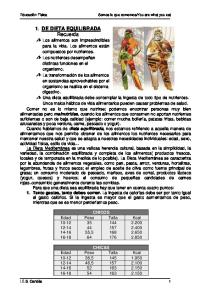 you are what you eat

END_OF_DOCUMENT_TOKEN_TO_BE_REPLACED

Remote Desktop are you doing IT wrong?

END_OF_DOCUMENT_TOKEN_TO_BE_REPLACED

What are young people doing online?

END_OF_DOCUMENT_TOKEN_TO_BE_REPLACED

what Donors and Charities are doing

END_OF_DOCUMENT_TOKEN_TO_BE_REPLACED

Inflatable splints-what are they doing?

END_OF_DOCUMENT_TOKEN_TO_BE_REPLACED

Social Media: What are Utility. Doing?

END_OF_DOCUMENT_TOKEN_TO_BE_REPLACED

- GOOD PRACTICES- What is a Good Practice?

END_OF_DOCUMENT_TOKEN_TO_BE_REPLACED

WHAT AREN T YOU DOING THIS WEEKEND?

END_OF_DOCUMENT_TOKEN_TO_BE_REPLACED

Background Checks: Are You Doing it Right?

END_OF_DOCUMENT_TOKEN_TO_BE_REPLACED

What inspiration is not!

END_OF_DOCUMENT_TOKEN_TO_BE_REPLACED

What Faith Is Not