Look out for new work from leading directors and actors, and discover some of cinema’s emerging and most exciting talents. This year’s German Film Festival includes a suspenseful dramatization of Germany’s postwar history, a haunting exploration of human survival in Fukushima, a refreshing new adaptation of a children’s classic – and much more. We look forward to watching and discussing the films with you in Auckland, Christchurch, Dunedin, New Plymouth and Wellington. The generosity of our sponsors and partners has enabled us to make the festival happen: we would like to thank them all for their ongoing support. Admission is free – just turn up early at the venue to secure your seats. Tickets will be available from the box office before the start of each screening: unfortunately, we cannot accept advance bookings, so arrive in plenty of time and take the opportunity to talk to us and other cinemagoers. Our team at the Goethe-Institut has enjoyed choosing and debating the line-up of films from Germany, Austria and Switzerland. As a newcomer to New Zealand I look forward to meeting enthusiasts and lovers of German film all over the country.

As the new German Ambassador to New Zealand it is my distinct pleasure to welcome you to the 8th nationwide German Film Festival. Once again you will be able to sample a bouquet of German films at a growing number of venues. This year’s festival also travels to Christchurch. Germany and New Zealand are enjoying an ever closer relationship with an unprecedented level of cooperation in many fields – politics, trade, science and culture. The German Film Festival is another great opportunity for our people to understand each other even better. I hope many visitors will enjoy the Film Festival and the various German cinema highlights. Let us look forward to ever more appealing common projects. Wellington, July 27, 2016 Gerhard Thiedemann Ambassador of the Federal Republic of Germany

Rather than spend Christmas with her unstable mother and angry father, sixteenyear-old Alex takes a rash decision that lands her in a psychiatric unit with three other emotionally troubled teenagers. Free to leave but with nowhere to go, she must learn to live with the others and with the unorthodox therapy techniques of their psychiatrist Dr Wolff. This coming-of-age drama stands out for its sharp script and confident handling of serious issues, giving us scenes of warm humour alongside anger and pain. As the teenagers discover common ground, 4 Kings offers hope without false optimism or sentimentality.

“…neither obnoxiously comic nor ostentatiously profound, it has a fine sense for the inherent humour of serious issues. A stroke of cinematic luck.” – Axel Timo Purr, Artechock

A couple’s joy at expecting their second child turns to anguish in this hard-hitting drama. We first meet Astrid on the set of her standup comedy show where she is announcing her pregnancy to the studio audience. She and her partner Kurt are confident that they can handle anything, but their next appointment at the antenatal clinic reveals a ninety-eight-percent chance that their child has Down syndrome. Later they learn that the baby will also require multiple surgeries for a heart condition. At six months pregnant, Astrid must choose whether to go ahead or have a late-term abortion. This film looks unflinchingly at her moral dilemma, offering a powerful portrait of a woman confronted with a terrible decision.

Thomas is an ordinary guy who prefers not to face up to his problems. Rather than acknowledge the steady breakdown of his marriage and the downward slide of his career, he sets off happily on a ski holiday with his wife, teenage daughter and his boss’s daughter. When one of the girls entrusts him with a terrible secret, Thomas has the choice of facing up to the situation or pretending everything is fine. How far will he go to preserve the illusion of harmony? In this compelling drama, a man commits perjury and worse in an effort to avoid the truth.

Hoping to distract herself from heartbreak at home, young German woman Marie travels to Fukushima in the aftermath of the nuclear disaster and joins a charity circus group. Still immersed in her own problems and now panicked by the wreckage around her, she is not up to the job of distracting others from their grief. Just as she is on the point of leaving, she meets elderly geisha Satomi who is rebuilding her home in the radioactive zone. The two women form a tentative friendship as Marie is drawn out of her selfabsorption by the ghosts of Satomi’s past. Beautifully shot in black-and-white, Doris Dörrie’s acclaimed new film moves fluently between human drama and catastrophe, with superbly judged performances from the two leads.

Fukushima, mon amour offers a refreshingly quirky perspective on a heavy subject...suggesting that sometimes audiences, and perhaps even victims, need a vacation from misery and pity. – Maggie Lee, Variety

A huge hit with audiences and critics, this new adaptation puts the mud back into the Alpine pastures of Johanna Spyri’s classic novel. Our heroine Heidi is sent to live with her curmudgeonly grandfather in the mountains of Switzerland after the death of her parents. Her world is turned upsidedown again when her aunt dispatches her to Frankfurt to become a paid companion to Klara who uses a wheelchair. Of course, everything works out splendidly in the end, but director Alain Gsponer allows us to see the hardships of nineteenth-century life as well as the magically invigorating properties of mountains and fresh air.

...a brilliant new version by director Alain Gsponer which does more than just confirm the fact that the Heidi story is still universally captivating in the 21th century. – Becky Tan, Kino Critics

Screened in partnership with

Unscrupulous journalist Sebastian Zöllner is planning the next big step in his career: a biography of the once-famous ‘blind artist’ Manuel Kaminski. He has no qualms about intruding into the ageing painter’s home, life and past, unceremoniously taking him on a journey to reunite him with a lost lover – the anticipated highlight of the book. But is the young biographer or his subject really in charge of the plot? A hugely entertaining trip through life and art starring Daniel Brühl (Good Bye, Lenin) as the egocentric journalist and Jesper Christensen (007 – Quantum of Solace) as the elusive Kaminski.

“…the movie’s strengths: it is not quickly forgotten. It is a pleasant and funny experience, that possesses a degree of depth not common to comedies. Its message about life is universal, if a bit highand-mighty. Yes, this is a German comedy, and a brilliant one at that. – Eduardo Karas, Just Geeky Stuff

Giesen Wines are proud to support the German Film Festival

This is Olivia and Verena. They love to indulge in a glass of wine at Heritage before heading to a film.

Visit www.heritagehotels.co.nz for pre-show dinners and accommodation packages or call us on 0800 368 888

First things first. This is a documentary about order and organization – about finding patterns, principles and logic. The world around us is full of information waiting to be catalogued and decoded. Landscapes need to be mapped, households categorized, parking habits investigated, and tortoise shells demystified. From scientific researchers to amateur statisticians, the people in this film are on a quest to make sense of their segment of reality. Is their search for order admirable, dangerous or amusing? The filmmakers step back and allow the viewer to decide.

“Jürgen Brügger and Jörg Haaßengier have succeeded in making a quiet yet almost desperately funny film about one of the big questions in life.” –Jury Statement, Grimme Award

One day everything changes for supermarket cashier Gabi Kovanda. There is someone new in her life: God. No one else notices his sudden appearance, but her life is transformed. His voice intrudes on her thoughts and forces her out of her routine - much to her annoyance and the consternation of her husband. The comedy and wonder of the unwelcome encounter is captured through realistic narrative and God’s-eye camera angles. Who will triumph: Gabi or God? A visually arresting and warmhearted feature from director Karl Markovics, who first came to attention as an actor (The Grand Budapest Hotel, The Counterfeiters).

Screened in partnership with

THE PEOPLE VS FRITZ. BAUER

Twelve years after the end of the Second World War, lawyer Fritz Bauer receives a letter tipping him off about the whereabouts of Nazi criminal Adolf Eichmann. Apparently Eichmann, who escaped capture in 1945, has been spotted in Buenos Aires. Bauer is personally and professionally committed to tracking him down, but powerful members of the new West German establishment are more interested in blocking his efforts. Who else will be incriminated if Eichmann is put on trial? This legal thriller brings to life the political tensions of the postwar era and pays tribute to the historical Fritz Bauer who committed an act of treason in order to bring Eichmann to justice.

YOU REMAIN THE FARMER

A young man returns to an ancient way of life in this contemplative documentary about a family farm high in the mountains of Austria. The Werners have been working the land for over four centuries. The last of their line is Heinz who has been running the farm single-handedly for most of his adult life. Now in his eighties, he is on the lookout for a successor and settles on Hannes Gustl. The twenty-two-year-old learns how to forge a scythe, reap the grain and mill his own flour, becoming heir to the farm and to knowledge that has passed down through generations.

“Benedikt Kuby’s first feature documentary film is an elegantly shot homage to this Tyrolean legend and a sensitive reflection on the change of generations; the story of a transition.” -Zurich Film Festival

PLEASE NOTE: Festival tickets are free and will be allocated on a first come/first serve basis. All cinemas are wheelchair accessible, however seating is limited so please contact the cinema to arrange bookings for these seats. Please contact us for school screenings of Heidi as they need to be pre-booked one week in advance: [email protected] Phone: 04 3856924

END_OF_DOCUMENT_TOKEN_TO_BE_REPLACED 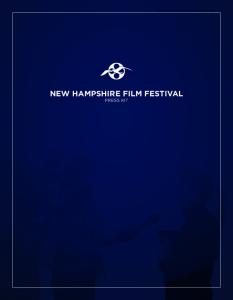