Famous Quarries of Long Ago

This article, which begins on the next page, is presented on the Stone Quarries and Beyond web site. http://quarriesandbeyond.org/

“Famous Quarries of Long Ago” In Through the Ages, Vol. 1, No. 1, May 1923, pp. 11-15 “The visitor to Rome is always impressed with the uses to which stone has been put in decoration, arts and architectural embellishment. Whether you turn to museum or church, temple or palace, there is such a profuse display of marble of seemingly every hue, that the curiousminded soon becomes keen to learn something about the sources from which these marbles came. “Since the stone-cutters are often responsible for the names, and as these names are frequently only descriptive of the color or surface-markings, the information furnished by the guides is quite unreliable. There are, however, the collections of marbles in the University Museum, Oxford, and the University of Rome, containing examples of all the stones seen at Rome; and the collection of about 800 slabs that may be found in the Museum at Brussels which help considerably to identify the various stones in the Eternal City. “It is an accepted fact that the Porta Santa quarry on Chios is the oldest known to the present generation. It is certain that as early as 660 B.C., or even earlier, marble was being taken from its rugged sides. These stones were mostly pinks and reds, with networks of yellows and reds. A few gray varieties also were found. Its products were used in the Stadium of Palatine, Julian Basilica, Temple of Concord, and the four great basilicas of St. Peter, St. Paul, John Lateran and Maria Maggiore. “The Carrara quarries at Luna (called by the Greeks Selene) were first worked by the Romans about 173 B.C. Luna is about 12 miles from the present Carrara. There were a number of workings, the best known being in the Province of Lucca. Of these, the Polvaccio has for 2,000 years supplied the most desirable stones for sculptors. This stone is of a pure white, firm and easily worked. Michaelangelo and Cenova used it in their finest pieces and Benvenuto Celini gave it a decided preference. It was frequently used in building, as, for instance, in the Column of Trajan. Mamurra employed it in his walls, and the columns of the Roman Forum, Pantheon, temples of Vespian and Palatine Apollinus were from this source. It was also used in the statue of the Apollo Belvedere, the Arch of Constantine, the Baths of Caracella, and many other structures. At the present time it is found in abundance in the Apuan Alps, near Carrara, Massa and Seravezza, coming mainly from the Ravaccione, Betogli and Crestola quarries. Of these, the first, a fine white, is the most durable, whereas the Crestola is the most desirable as well as the most celebrated. It is a brilliant white tinged with yellow, very readily handled and yet remarkably enduring. “Vasari tells us that when Michaelangelo received the order from Pope Julius II, for the famous tomb, he went to Carrara with two of his apprentices to superintend the excavation of the marble. ‘In these mountains, then, he spent eight months without receiving any additional stipend or supplies of any kind, amusing himself by planning all manner of immense figures to be hewn in these rocks in memorial of himself, as did certain of the ancients, invited thereto by the vast masses before him. Having selected all that he required, he loaded them on ships which he dispatched to Rome, where they filled the entire half of the Piazza which is towards Santa Caterina, and the whole space between the church and the corridor leading…to his studio.’

It was at the quarry of Polvaccio that Canova found the block of statuary marble without a flaw measuring 600 cubic palms, out of which he made the colossal statue of Napoleon I, in Apsley House.

“A big block of marble being hauled on a converted ox-wagon from the quarries near Carrara, Italy. The Carrara quarries were first worked by the Romans about 173 B.C. © Brown Bros., N.Y. “Lapis Tiburtinus was quarried at Tivoli, from del Barco. It is known now as Travertino. It, as well as the Lapis Albanus, or ‘Peperino’ (a volcanic tuff of grayish brown with black spots, and still quarried at Marino), was used in the Cloaca Maxima, Temple of Fortuna Virilis, Tomb of Scipios, Appian Way, First Capitoline Temple, Servian Wall and Temple of Vesta. Travertino is a very porous calcareous deposit and hardens under exposure. It is usually white or cream color. It was employed also in the Colosseum (sic), Theatre of Macellus, Arch of Drusius and in the Tomb of Cecilia Metella. At the end of the Fourteenth century, Paul II built the Palazzo di Venezia with stones from the Colosseum; in 1540. Paul III used it for the Palazzo Farnese. It is used externally in nearly all the churches of Rome, in the Museum and in the castle of St. Angelo.

“From Mt. Marpressa, near the center of the island of Paros, comes the Parian marble, known also as Lychnites, from the Greek word meaning ‘lamp,’ referring to the fact, no doubt, that the work was accomplished by lamplight. This is a very famous stone and is considered by sculptors to be the equal of any statuary marble known. Examples are found in the Venus of Milo, Venus di Medici, the Capitoline Venus and the Apollo Belvedere, although some authorities disagree about this latter.

“The statue of Apollo Belvedere, carved out of Parian marble. Some authorities claim that it is of Carrara marble, but this view is not generally accepted.” © Ewing Galloway, N.Y. “From Mt. Pentelicus, in Attica, comes the famous Pentelic marble. This is the material from which such able Greek sculptors as Pheidias, Praxiteles and others fashioned their most notable works. It was used in the principal Athenian buildings of the age of Pericles and later, and was imported by Augustus and Domitian into Rome. Several large buildings in London have recently been constructed of this marble. “At Smittu Colonia, now Chepton, near Kleber and Tunis, in Algeria, is found what is known as Numidia (yellow: Italian, ‘Giallo Antico’). One variety is gaudy and was called Breccia Sanguigna, though known today as Rouge Etrusque. It was used in the columns of the Arch of

Constantine, of the Pantheon, St. John Lateran, and in fifty-two columns in the Temple of Apollo on Palatine. It was first brought to Rome about 200 B.C. and John Dennie says it was first used in the Julian Basilica begun by Cæsar. It is, incidentally, used in the Congressional Library in Washington, and the National Gallery in London. “At Beni Souef, south of Cairo, and at Syout, in the Nile valley, are quarries which yielded the so-called Onyx marble used extensively in the buildings of Carthage and Rome. The stone is beautifully translucent and clouded delicately with yellows and browns. They are of cave deposit variety, and were used for bowls, vases, urns and the interior decoration of tombs. Dr. G. P. Merrill believes they were known to the Egyptians as early as the Second Dynasty; or, as Mariette places it, 4751 B.C. The Onyx from Beni Souef was a faint straw-color. Many of the columns in St. Paul’s-outside-the-Walls, at Rome, were of this material and it is also found in the Mosque at Cairo. The Syout Onyx shows delicate light yellow markings and M. W. Porter believes the quarry was worked by the Kings of the Sixth Dynasty (3703 B.C., Mariette). It is used in the Tomb of Seti (1462 B.C., Mariette). “The Cipollino marbles of Euboea came from the western coast, a little to the north of Carystus, on Mt. St. Elias. They were of two principal varieties, the Carystum and Emboicum. Carystus shows bands of green shades, either wavy or straight, and is said to be the first colored marble used in Rome. Certain it is that many fine examples may be seen. The sixth century church of St. Apollinaire in Class at Ravenna, and St. Mark’s, Venice, show fine examples of Cipollino. “A basaltic lava from the extinct volcanoes of Latium known as Silex as extensively used as paving stones. Examples are found in the Appian Way and the Sacra Via. It is quarried now at Capo di Bore at Marino, and most of the modern paving blocks on the roads around Rome are of Silex. “There were, so far as we can be certain, forty-two quarries known to the ancient Roman. Of these, all but two have been relocated. Quite a number of these are still being quarried. The Rosso Antico of Laconia and Damaristica, the Verde Antico of Thessaly, the Skyros and Tinos from the islands of those same names are all now in use again extensively. “Dr. Alan Marquand says in ‘Greek Architect’; ‘The island quarries seem to have been opened first. Byzes of Naxos in the sixth century, B.C., has the credit of having first made roofing tiles of marble…Anaphe, Tenos and Andros also furnished white marble. From Thasos came the marble used in the buildings at Samothrace. At various points in the Peloponnesos, white marble was found. Special mention may be made of the quarries of Doliana near Tegea…Mt. Hymettos furnished a coarse blue-streaked marble…From Laurion came the marble used in the temple at Sounion. Boeotia had a marble which became white with exposure, used at Orchomenos and at Lebadeia, and Laconia had several quarries of white marble. In western Asia minor, there were also deposits of white marble at Ephesos, Herakleia and Mylasa, and in Italy at the well-known quarries of Carrara. “‘Dark marbles, more or less uniformly colored, were found at Eleusis, in Arcadia, Laconia, Lesbos, Melos and Chios and at Alabanda and Miletos…Rhodes, Skyros, Lydia, Caria, Keltis (France), and Italy possessed polychromatic marbles.’ “On the Island of Proconnesus which came later to be called Marmora, on account of its product, were located quarries of several varieties of marble; some white or with grayish stripes, others coarse and grayish. Vitruvius says in Book II: ‘In the house of Mausolus, a very powerful king of Halicarnassus, though all the ornaments are of Proconesian marble, the walls are of brick.’

From this it is highly probable that these quarries were in use as early as the fourth century B.C. It was used abundantly in the town of Cyzicus, to which fact is due its other name, Cyzican marble. Large quantities of this marble were sent to Greece to be used in sarcophagi, and at the present time it is sent to Constantinople for use in the pavements of mosques and baths. “From Strabo, Book VIII, we read: ‘Certain persons, assisted by the wealth of the Romans, lately opened a large quarry in Taygetum.’ This is the Serpentino Verde Antico of the Romans, a beautiful deep green, known as Lapis Lacedaemonius. In Taenarum were ancient red and black marbles; a red marble came from Villerembert and Cierp, in France; while a beautiful black stone came from Theux, near Spa.

“The Arch of Constantine, the body of which is of Carrara marble, while the columns are of Giallo Antico, from Chepton. This latter was used in the Congressional Library at Washington and the National Art Gallery in London.” © Ewing Galloway, N.Y.

“Medici Chapel in Florence. Many kinds of marble have been used in this wonderfully decorated interior.” © Ewing Galloway, N.Y.

LONG AGO OTHER SCIENTISTS

END_OF_DOCUMENT_TOKEN_TO_BE_REPLACED

OUR LITTLE ATHENIAN COUSIN OF LONG AGO

END_OF_DOCUMENT_TOKEN_TO_BE_REPLACED 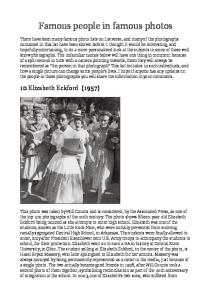 END_OF_DOCUMENT_TOKEN_TO_BE_REPLACED

When New York was Irish, in summers long ago

END_OF_DOCUMENT_TOKEN_TO_BE_REPLACED

Not Too Long Ago...Seniors Tell Their Stories

END_OF_DOCUMENT_TOKEN_TO_BE_REPLACED

Long ago in ancient India, Shakyamuni Buddha left his

END_OF_DOCUMENT_TOKEN_TO_BE_REPLACED

Natural stone from our quarries

END_OF_DOCUMENT_TOKEN_TO_BE_REPLACED

Little Songs of Long Ago: A Concoction of New and Old Verse

END_OF_DOCUMENT_TOKEN_TO_BE_REPLACED

INDIAN LIFE AND INDIAN LORE INDIAN DAYS LONG AGO OF THE. i I. Edward S-Curtis

END_OF_DOCUMENT_TOKEN_TO_BE_REPLACED

Gazetteer of Stone Quarries in the Roman World

END_OF_DOCUMENT_TOKEN_TO_BE_REPLACED 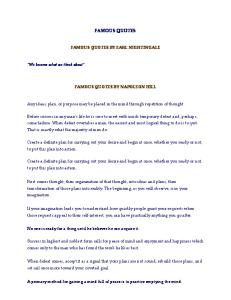