Dear Reader, Brewing beer is an art in itself. As a brewer, you depend on your

technical knowledge as well as reliable and accurate measure-

ample in Germany the Reinheitsgebot or “Purity Law”, which

ments with monitoring and a central control unit.

dates to 1516 and limits the ingredients of beer to water, barley and hops. Today quality is also achieved through instrumenta-

JUMO, your reliable partner, is always at your side to help when

tion and controlling engineering at the latest state of the art.

you have questions and to provide quick solutions. Whether you want to monitor the quality of your beer by pressure, tempera-

This brochure will give you an overview of JUMO products and

ture, conductivity or the pH value, or whether you want to con-

systems for brewery technology. Of course we are also happy

to work with you to create customized solutions for your individual requirements.

How can we accomplish that for you? Durch langjährige Erfahrung und Fach-Kompetenz: Denn bereits seit über 60

The ultimate result of these solutions is consistently good beer

Jahren ist Through many years of experience and professional

competence. JUMO has been a leading manufacturer of measurement and control systems for more than fifty years. This has helped us become a competent partner for the beverage industry. Yours, Matthias Look We place particular importance on regular new developments, on continuous improvements in existing products, and on continually making production methods more economical. These steps are the only way to achieve the highest level of innovation.

P.S.: Detailed information about our products can be

JUMO also offers only the best for you in brewery technology: a

found under the specified type/product group number at

wide range of solutions for the most diverse applications.

Malting Process As an experienced brewer you know that the quality of beer depends on many factors. If you work with reliable JUMO automation systems in the early phase of production, the malting process, you can rely on producing a high-quality malt at the end of the process.

All measuring points are covered by one system

fitted at regular intervals. This makes it possible to measure

advantages for storing barley and malt. For example, all

the temperature at several places in the bin at the same

measured values can be recorded by four- or eight-chan-

time, using only one probe.

nel analog input modules. Up to 120 or 240 analog signals

Measured values are transferred safely and reliably to the

respectively can be recorded and displayed in your control

allows you to display all temperature measured values at a glance. Furthermore, in case of an error you can immediately see in which silo problems occur.

Precise control of air and water supply to the steep with

In the steep, the barley is soaked and aerated at regular in-

During germination, the enzymes that will later be needed

to make the beer are formed. It is crucial that the air being

caused by the added oxygen produces more CO2 and heat,

introduced has been sufficiently moistened to prevent the

which must be removed continuously. For this purpose the

barley from drying out and instead to maintain a relatively

temperature in the steep is recorded for monitoring and dis-

constant moisture content. This is exactly what the JUMO

played directly on site when required.

mTRON T automation system does: You can use it to mon-

With the JUMO mTRON T automation system you can con-

itor the temperature and humidity of the outside air simply

and easily and then show the results with the multifunction

pending on the size and requirement you can also record,

panel or the visualization program.

Kilning Optimum temperature control in the malt kiln During kilning, the malt is dried until it is stable for storing.

to the temperature above the rack. The ratio of fresh air to

Constant temperature control is extremely important as this

ambient air is also adjusted to ensure optimum drying. You

can record negative pressure as an additional measurement

through but does not burn, which would destroy the en-

heat exchanger. This will prevent burner exhaust gas from

The sections are also controlled by the JUMO mTRON T auto-

getting into the product.

mation system. It controls the heating registers in relation

Brewing Process The brewing process requires time. It consists of a large number of individual details, starting with mashing and lautering, then boiling and cooling the wort and finally fermentation and filtration. In all of these individual processes you relay on precise monitoring of temperature, pressure, the pH value or conductivity, etc. Top-class JUMO automation systems have been proven over many years in this application. They provide perfect support in these monitoring tasks along the entire process chain.

avoid excess heat output. For example, with a difference in

in brewing. Precise control of processes and regulation of

temperature is the only way to ensure the important pro-

Look for some approaches to a solution for your processes

tation, and storing – run reliably and reproducibly. With

on the following pages. We would be happy to work out a

complete solution with you, fine-tuned precisely to your

temperature sensors you can also optimize your costs and

While the temperature / time programs of the two process-

pable of mastering the majority of measurement and con-

es are running, JUMO mTRON T records all the data you

trol tasks in a brewhouse. Up to nine program generators

cooking. As a result, you can macerate the next ingredient

ming system CODESYS gives you a full range of options for

while the wort is cooking.

automating processes according to your criteria.

Cooling the wort Comprehensive control of wort cooling with JUMO dTRON The flow rate of beer is controlled by its temperature:

is the perfect job for JUMO LOGOSCREEN fd. Because

The warmer the beer, the more slowly it flows through

of its versatile functionality, it can generate an alarm in

the cooler. To ensure meticulous control, you should

case of malfunction or even total failure of the cooling

carefully monitor the temperature of the beer and the

differential pressure with a recording instrument. This

Precise nonitoring of cooling zones with the

Fermentation produces carbon dioxide, which collects in the

There are several cooling zones in the CCV (cylindro-con-

ical vessel) with different temperatures to ensure that the

“green” beer is agitated during the storing phase. JUMO

provides ideal support for this process.

ual cooling zones for this task, thereby ensuring the quality of the beer.

Filtration Efficient monitoring of filtration with the JUMO dTRANS p20 DELTA differential pressure transmitter After the yeast has been extracted, the beer is moved to

During filtration, the pressure increases gradually at the

filtration, where it is made durable by removing residual

filter. To a certain extent, this pressure is related to the pu-

yeast cells and other particles that cause turbidity. The

rity of the beer. You can use the JUMO dTRANS p20 DELTA

filtration may be based on layer or sieve filters. Filter mate-

rials include diatomaceous earth, although it is being grad-

long the filter can still be used by determining the increase

ually replaced by newer technologies such as crossflow

in differential pressure. In this way you can ensure the qual-

ity of your beer and make optimum use of your filters.

Cleaning bottles Optimum setting and monitoring with the conductivity

Slow warming of glass bottles is important especially in

In the bottle cleaning plant, glass bottles are cleaned by a

winter. Special pre-rinsing baths are available for this in

warm lye solution and then rinsed with water at a different

cleaning plants. The temperature rises slowly in these baths

temperature. However, the caustic solution is continually

to minimize the danger of the glass breaking on contact with

diverted by this process, which changes the concentration of

the caustic solution, which is at 80°C.

The JUMO cTRON compact controller is ideally suited for

ually adjusts the concentration of the caustic solution based

monitoring and controlling temperatures in the cleaning

on conductivity. This ensures reliable cleaning of glass

Cleaning in Place (CIP) Hygienic and perfectly cleaned plants are the basis of any good beer brewing process. This is ensured by CIP or „Cleaning in Place“. JUMO also offers top-class systems and solutions you can rely on for this application.

The JUMO AQUIS touch S is a modular multi-channel mea-

suring device that allows for new approaches in CIP cleaning.

tivity transmitter JUMO CTI-750, you have made an excellent

For example, you can measure, control, record, and display

the concentration setting of acid and lye solutions on site in

Both systems have impressive advantages. For example, the

– and all that with a single device.

PLC in the background. On the other hand, the JUMO AQUIS

Normally up to four analog analysis sensors and as many

touch S works as a standalone solution. The low-mainte-

as ten parameters can be measured and managed simul-

of conductivity help preserve resources and cut down on the

In addition to numerous alarm, limit value or time-con-

maintenance overhead of your system.

trolled switching functions, up to four higher-order loops can be defined simultaneously in the JUMO AQUIS touch S.

Optional slots can be used to extend and adapt the inputs

and outputs of each controller module individually. The

multifunction panel provides visualization of data as well as

including web server. The system has a PLC (CODESYS V3)

convenient operation of the controller and program gene-

limit value monitoring functions as well as math and logic

ration data of the overall system is also possible. Recording

functions of a high-quality paperless recorder, including

The following components are available as input/output

web server, are implemented as a special feature. Proven

are available for reading and evaluating historical data.

A setup program is used for hardware and software con-

figuration as well as project design for control tasks and

variables with the same hardware which simplifies planning,

recording measurement values. Users can create their own

in accordance with IEC 61131-3. The entire application is re-

corded in a single project file.

hout placing any load on the central unit. The system allows for simultaneous operation of up to 120 control loops and meets the needs of demanding control processes.

END_OF_DOCUMENT_TOKEN_TO_BE_REPLACED

Membrane and Separation Technology. Innovative Solutions. for A Better Life

END_OF_DOCUMENT_TOKEN_TO_BE_REPLACED

Your Partner For Success

END_OF_DOCUMENT_TOKEN_TO_BE_REPLACED 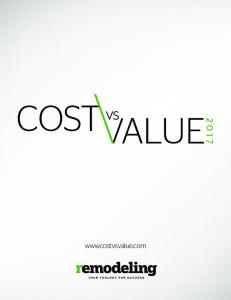 your toolbox for success

END_OF_DOCUMENT_TOKEN_TO_BE_REPLACED

Technology For Building Solutions. Re- Engineering your Travel Business

END_OF_DOCUMENT_TOKEN_TO_BE_REPLACED

Your Signage. Our Technology. Ideal Solutions

END_OF_DOCUMENT_TOKEN_TO_BE_REPLACED

Connecting the OTC Market with Innovative Technology and Data Solutions