Be the Change You Want to See

Be the Change You Want to See I had been warmly welcomed to South Africa. We were there to work with a mining construction company who wanted to solve...
Author: Morgan Owen Butler
3 downloads 0 Views 9MB Size
Report
Download PDF

Be the Change You Want to See I had been warmly welcomed to South Africa. We were there to work with a mining construction company who wanted to solve their safety challenge. The immensity of this challenge hit us on our day off while we dealt with our jet lag. We took a tour of Soweto outside of Johannesburg. Soweto is where a student uprising and the deadly crackdown by the white police enraged the world and marked the beginning of the end of Apartheid. I recalled wearing black and white armbands in college protesting Apartheid. But when face-to-face with the peoples, places, and cultures I knew the time had come to go beyond a youthful ideal. I was humbled to be training dedicated people who would go to the mines and help put into place the processes and principles of behavioral safety toward a culture of Actively Caring. I had Zulus, Afrikaans, British descendants, Zimbabweans, and others of the great African diversity in the room -- executives through construction laborers. While we were discussing the concept of Actively Caring I was pulled aside during the break. “You must understand… we are not a caring culture.” I guess I refused to believe this statement. Yes, in their recent history they treated each other with less than human respect. Yes there was vigilante violence on all sides during the chaotic times as Apartheid fell.

But here in this room was the example of people who volunteered to make a difference. In this room there was an ex-police officer who had to enforce Apartheid sitting next to a man named Artwell who had been a part of the political resistance. Artwell, who has become one of my personal heroes, had been hunted, beaten, and left for dead by vigilantes—many of who were ex-police. There was a younger generation, too young to remember, working for a promise of a middle class life denied their parents. They sat next to Afrikaans farmers, engineers, managers, and safety professionals. They all spoke at least 6 languages, some 11, because they had to in this diverse land. I, on the other hand, am from the U.S. – I spoke only one. In this room was the promise of Africa. PRACTICE WHAT YOU PREACH By the time the next weekend came my wife and I were ready for a break. One of the company executives, a British descendent of means, a man with an exquisitely manicured beard, offered to take us to the Kruger reserve for a photo safari (something everyone should do once in your life!). We met his wife, a woman of impeccable taste and endless charm and drove to their house perched atop a hill in the town of Nelspruit. Like all other dwellings a 12-foot fence with barbed wire surrounded it. We all dressed in our finest and went to their favorite restaurant where the owner met us at the door and had prepared a special table in the wine cellar. I was feeling quite hoitytoity and started acting like I knew about the different cheeses presented to us and even found myself drinking wine with my pinky up. I had a lot of gratitude toward our hosts and was trying to make a good impression. On our drive back to his home that night my wife and I sat in the back seat of their Mercedes. We were engaged in pleasant conversation when the car dropped slightly on my side then jolted with a loud “BAM”. The executive, driving the car let out a grunt of disgust and started talking about how South Africa was a “1st world country with a 3rd world underbelly” and the huge pot hole that we had just hit was a good example. I was commiserating with their plight when my wife said, “We need to do something about that pot hole – someone else will hit it!” Embarrassed I leaned over to her and fired “Shhhh!” under my breath.

Never… ever… EVER, do that to your wife. She continued, even louder now “Seriously, the next car coming along could destroy a wheel and loose control!” And then came the truth, “You just spent the whole week talking about Actively Caring and you wont do something?” The executive’s wife now jumped in with her formal British accent “YES, we must help, we absolutely must.” The executive, now flustered, asked quietly, “What would you have me do?” My head, by that point, was in my hands. His wife instructed him to pull over to a lot that had some brush clearing done. “We must take those downed branches and make a barrier in front of the hole so oncoming traffic will see it and avoid it.” I complied as silently as my new friend. I opened the door, gathered a number of large branches and held them outside the open window as we drove back to the hole. I was embarrassed, wet, had dirt on my nice clothes, and in quite the awkward position… but I knew she was right. I had not practiced what I preached… didn’t walk the talk… She was the model of the principles I had come to teach but ended up being the student. Soon enough, I was experiencing the naturally reinforcement of doing something good. In a flurry of excitement, we put the branches in front of the hole with broad smiles and hugs with the knowledge that we had helped others avoid the hazard. IT STARTS WITH US This incident reminded me of a corporate safety conference where a CEO spoke before I delivered my keynote. Instead of the usual “Safety First” message, he began by telling us he was a bit surprised and concerned. Evidently there was a hotel employee watering plants at the top of the escalator we all took to get to the ballroom. The plants were on a

landing coming off the second floor balcony and he had stepped out on the landing, holding a railing, reaching to pour out the water on the Ivy. “Every one of us rode this escalator within 6 feet of this gentleman.” He pointed to the room of 300. “None of us said anything about the risk he was taking … and I am speaking to our company’s best safety professionals.” “I passed him too…looked right at him and thought ‘he could fall’, but I continued on to this room.” The CEO paused, “How can we expect our employees to look out for each other if we’re not doing it? BECAUSE WE MUST After the weekend excursion in South Africa, we took an early morning flight to the Kalahari Desert in the Northern Cape to continue our training at one of their bigger construction sites. At the end of the day we toured the site and saw the large number of San, the local aboriginal people of this area whose rich Culture dates back over 20,000 years. They had gained employment in the different crafts because of a national law requiring companies and their contractors to hire 50% of their workforce from the local populations. Since mines tended to be in rural areas this meant that the local population consisted of farmers, mostly illiterate and poor, with little to no industrial experience who now found themselves on an industrial construction site. Many of the supervisors I talked to did not speak highly of them because of their supposed ignorance that often led to injuries. After the mine construction tour I asked the executive to take me to see their mining camp. He complied adding: “You should see this.” The mining camp about 15 kilometers from the town was like many other I’ve seen in my travels to remote mining sites. There was the normal pre-fabricated units set in rows with service facilities, some recreation, and a mess hall; all surrounded by a tall fence. But next to this camp was a reminder that this site was so much more than a badly needed job – and that safety was so much more than a set of rules. A shantytown had rose up. It was twice the size of the camp full of poverty and filth. “The camp had provided an economy of sorts,” the executive explained. “We get these all over Africa because the those working in the construction sites get free clothing and food that they distribute to their relatives and friends through the fence.” “The conditions are horrible in those makeshift towns” he pointed to the cardboard and corrugated metal shacks. “There is hunger, crime, rapes… they look to the camps for security.” I was touched deeply by this but was also hopeful thinking back to the room filled with promise, people like Artwell.

The company hosting us employs in rural areas throughout Africa to build mining facilities. It was a tall order… but we had to do it. If we teach safe practices and Actively Caring in this company, in this industry, the largest in Africa… then the reach into these peoples, their families, and communities would be profound. Change the world, it starts with me…. With you… wherever you’re at. “As I have said, the first thing is to be honest with yourself. You can never have an impact on society if you have not changed yourself...” Nelson Mandela   Timothy Ludwig’s website is Safety-Doc.com where you can read more safety culture stories and contribute your own. Dr. Ludwig is a senior consultant with Safety Performance Solutions (SPS: safetyperformance.com), serves as a commissioner for Behavioral Safety Accreditation at the non-profit Cambridge Center for Behavioral Studies (CCBS: behavior.org) and teaches behavioral psychology at Appalachian State University, in Boone, NC. If you want Tim to share his stories at your next safety event you can contact him at [email protected]

We must become the change we want to see

END_OF_DOCUMENT_TOKEN_TO_BE_REPLACED

13. PERSONAL STATEMENT Be the change I want to see in the world (Mahatma Gandhi)

END_OF_DOCUMENT_TOKEN_TO_BE_REPLACED

When you want everyday to be gourmet!

END_OF_DOCUMENT_TOKEN_TO_BE_REPLACED

Coaching for wherever you want to be

END_OF_DOCUMENT_TOKEN_TO_BE_REPLACED

Everything you want your wedding to be

END_OF_DOCUMENT_TOKEN_TO_BE_REPLACED

SO YOU WANT TO BE A JEDI?

END_OF_DOCUMENT_TOKEN_TO_BE_REPLACED

So You Want To Be A Doctor?

END_OF_DOCUMENT_TOKEN_TO_BE_REPLACED

It s where you want to be

END_OF_DOCUMENT_TOKEN_TO_BE_REPLACED 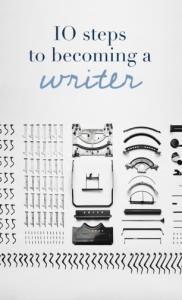 to be a writer. So you want

END_OF_DOCUMENT_TOKEN_TO_BE_REPLACED

Want to Change the World?

END_OF_DOCUMENT_TOKEN_TO_BE_REPLACED

WHAT DO YOU want to be when you become an

END_OF_DOCUMENT_TOKEN_TO_BE_REPLACED

Selma California. The Place You Want to Be!

END_OF_DOCUMENT_TOKEN_TO_BE_REPLACED

Unit Title: You say you want a REVOLUTION... Well you know, we all want to change the world! OVERVIEW

END_OF_DOCUMENT_TOKEN_TO_BE_REPLACED

Book Review: Change your brain change your life- Daniel Amen. Your brain is the hardware of your soul. You cannot be who you really want to be unless

END_OF_DOCUMENT_TOKEN_TO_BE_REPLACED You Wouldn t Want to Be a Roman Gladiator!

END_OF_DOCUMENT_TOKEN_TO_BE_REPLACED 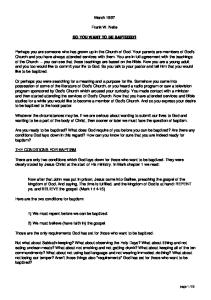 March Frank W. Nelte SO YOU WANT TO BE BAPTIZED?

END_OF_DOCUMENT_TOKEN_TO_BE_REPLACED

So, You Want to be a Partner at Sidley & Austin?

END_OF_DOCUMENT_TOKEN_TO_BE_REPLACED

You Wouldn t Want to Be a S hakespearean Actor!

END_OF_DOCUMENT_TOKEN_TO_BE_REPLACED 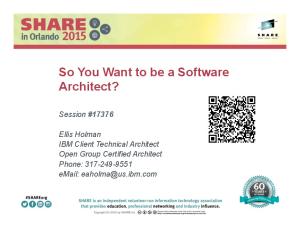 So You Want to be a Software Architect?

END_OF_DOCUMENT_TOKEN_TO_BE_REPLACED

Your children will become who you are; so be who you want them to be

END_OF_DOCUMENT_TOKEN_TO_BE_REPLACED

Create the day you want to remember